certain someone had his cousin from canada visiting. they went ahead to the shack, i detoured by the store. i was tired after a busy day at the office and took the easy way out by buying some frozen pie dough. i thought savory pies and nice salad of leafy greens would do for light dinner. i made 2 pies, one topped with veggies and cottage cheese, the other with smoked ham and leeks. both pies got 1 egg mixed with 2dl sour cream on top, seasoned with white pepper for veggies, black for ham.

the veggie version's vegetables came frozen from the store, i'm shamed to admit. to my defence i'll state that i just couldn't remember what i had at the shack, i was too tired and deciding what to put on the pies at the store made everything so much simpler, so there. i think that particular mix of veggies was for a wok-type dish, but after defrosting them in a hot pan for a few minutes, they worked well in a pie. there were baby carrots, button mushrooms, onions, asparagus and green beans in the mix 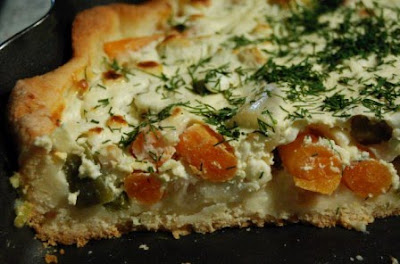 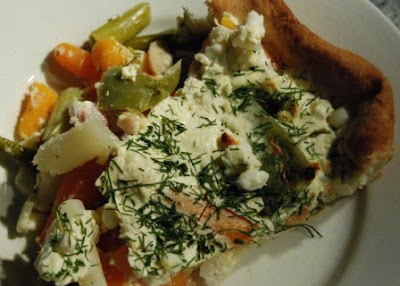 for the meaty version i used 200gr of smoked ham that i chopped ½cm pieces. i sliced one medium size leek and sauteed it quickly in a hot pan with some oliveoil to wilt it 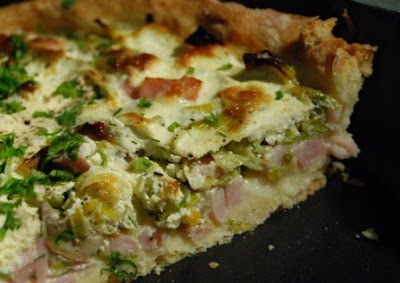 ham version sliced much better and was topped with parsley 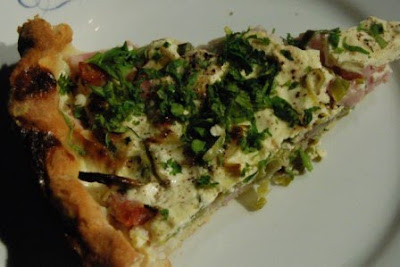 both took about 40mins in 180C oven with convection on. if i was baking just one, i'd use 220C without the convection for slightly shorter time. this time i wanted to get them both ready at the same time so the first option worked better. i'm glad i made 2 pies 'cause there was some left over for my lunch today...
Lähettänyt liisamarja klo 9:11 PM