someone in cavtat, croatia, has aptly named their house happyland. we were in cavtat last may and totally enjoyed the whole trip, great scenery, great food, wonderfull weather. i've been to croatia before, there is something about that country that makes me go there again and again 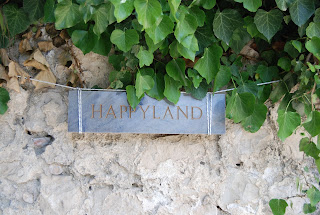 our hotel hotel croatia has a wonderfull location on a cape above the town of cavtat. there are footpaths around the cape and hotel, you need to be fairly fit to walk around as the hotel is on a hill 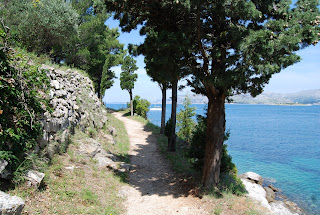 food is one of the reasons i like croatia so much. my all time favourite is "ligne na zaru" (those fluent in hrvatska, please excuse my spelling) grilled squid 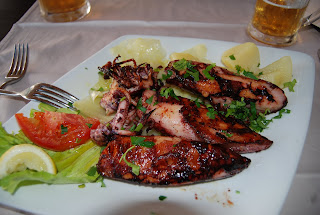 we were there in may, i guess the owner of this boat thought that there is still time to fix it before summer... 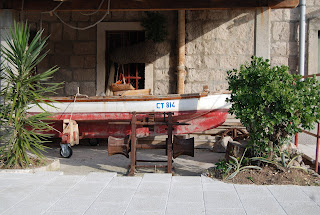 dubrovnik in the distance, went there by bus for a day-trip 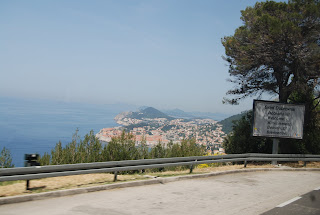 not sure i would have enjoyed this many birds around me! 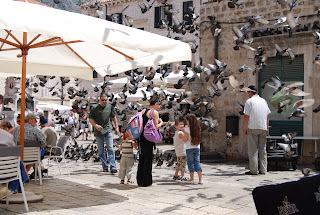 old town of dubrovnik is filled with narrow alleys, love the potted garden on this one 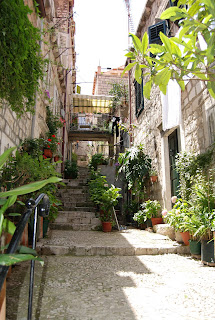 cavtat at night, lights of dubrovnik in the distance 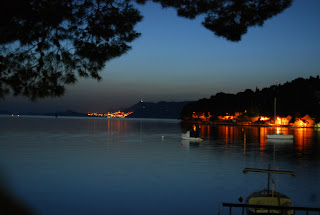 not jealous or anything, someone got picked up by this one 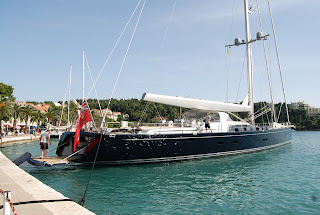 to have a house with a view like this! 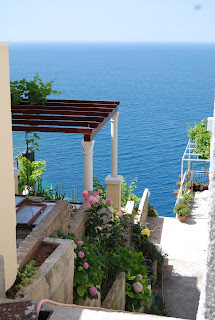 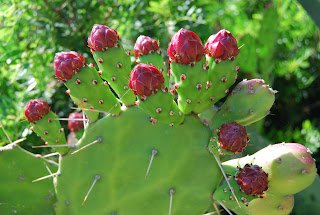 there was this house that we liked a lot, great location, some obvious damage to it, not sure if that is from the war or something else. we wondered how someone could neglect a house this beautiful, with a great garden in the back, so that it is slowly turning into ruins. so sad, almost made us want to find out if it is for sale... the picture was taken from a footpath behind the house, to catch the view from the house. i'm still curious to know the story of this house 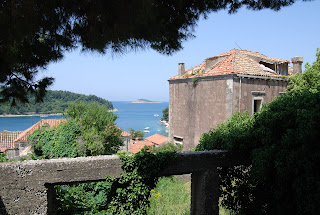 succulent of some sort 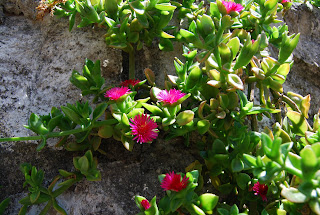 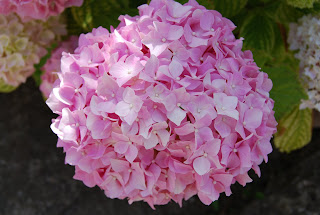 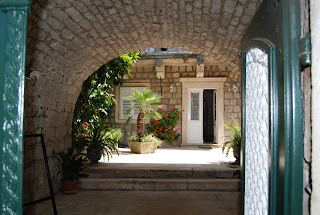 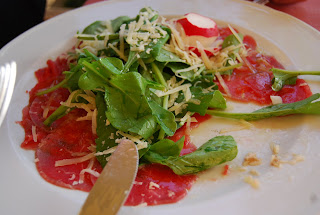 another version of ligne na zaru 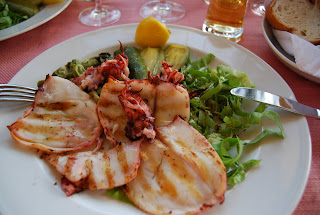 interesting mosaic on the entry walls of hotel 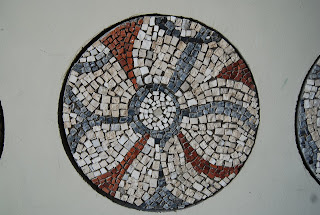 Lähettänyt liisamarja klo 9:13 AM No comments:

winter finally came and froze the lake. mom and dad are fishing with nets, under the ice, and getting some nice catch! went there the other weekend and updated my knowledge of winter fishing.

first of all, you need to know the exact location where to put the net, fish don't just wander about, that's what i'm told anyway. once you got the location right, you make 2 holes in the ice, distance between the holes depends on the leght of your net. there are special tools that make making the holes easier that it sounds. then you take a sledge (particularly designed for this purpose) and put that under the ice with a line attached to it (so that you'd be able to pull the net under ice once you get to that point). your aim is to slide the sledge under ice from one hole to the other. you can drill holes in the ice to get the sledge moving if it gets stuck in the middle.

once you get the line (which needs to be few meters longer than the distance between the holes) under ice, you attach one end of the line to net and start pulling the net under. once you get the net under the ice, you need have weights on both ends to keep it at right depth, finally you secure the net with another set of lines on both ends so that currents don't move the net. my dad uses sticks longer than the holes are wider for this purpose. there is a lot of "science" to this and it'd take me forever to excplain it, let's prentend you got it right and a couple of days later are ready to see if you caught any fish.

you need to break ice on the holes, if you put some sort cover on the holes it'll be easier. take the long line, attach it to the net and start pulling it from the other hole. usually when you got fish, you can feel their movements on the net before you pull it all out. the idea is to gather the net to the other end to check if you caught anything. if you did get something, like my dad here caught a pikeperch / zander, you'll need to release the fish trying to keep damage to net minimal, sometimes easier said than done. 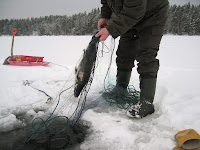 once you've checked the whole lenght of the net, go to the other other and pull the net under ice with the line you attached earlier. very simple!

in finland you need to have a permit to fish like this, so make sure you got one before doing all the hard work. this time the pike-perch got salt, butter and prunes inside before going into the oven. we don't usually mess around too much with fish since we eat it so fresh.

another fish caught in the net was a burbot, ugly bugger. it has no scales so it needs to be skinned.

this one ended up in a soup a day later. start with cutting up the skinned fish into 3-5 pieces, put to kettle with enough water to barely cover the pieces and simmer until fish is almost done. take out the fish, if you want to be fancy, strain the water and put back to kettle. add peeled and cubed potatoes, sliced yellow onion, salt and peppercorns and cook until the potatoes are almost done. while the potatoes are cooking debone and cut further the fish, leave the pieces quite big. once potatoes are almost done, put the fish back to kettle and simmer until done. add milk and butter to taste, or sour cream like i did here. great meal with rye bread and swiss cheese. 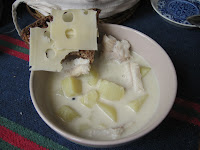 the dog loves it at the lake because it's the only place where he can run around free.

he is pretty fast!

Lähettänyt liisamarja klo 11:43 AM No comments: