so, SO bad for you

i'm still seriously debating with myself whether this cake was/is worth all the pain...it certaily is very delicious, but it's hard to enjoy it knowing what (and how much) went it. salted-caramel six-layer chocolate cake from the november issue of martha stewart living. 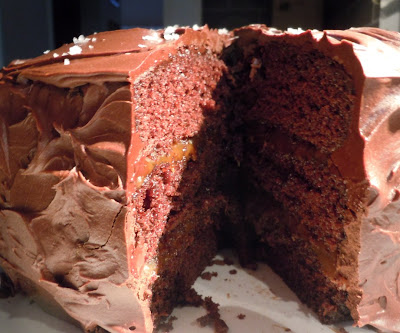 i started the baking on sunday, thinking that the machines would do all the work...yep, or not. here oiling bottoms of the pans so that the parchment paper doesn't go all over...something weird the pic you ask? waste not want not, that thingy is still very usable eventhough the handle decided to go its separate way. 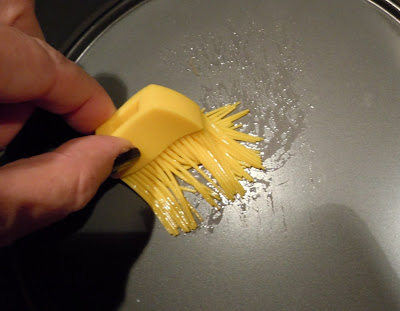 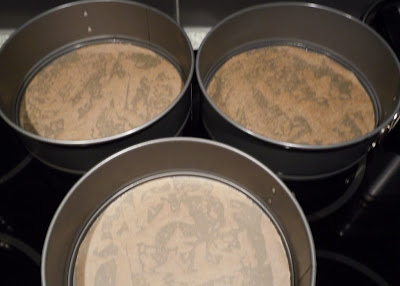 i halved the recipe, which kinda seemed like a good idea, since the original recipe serves 12! not sure if the original batter would be as runny as my halved one... 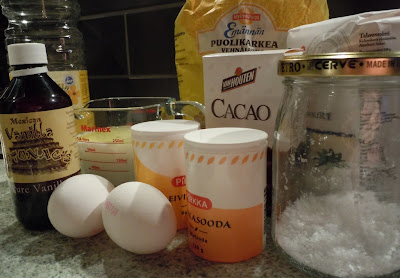 ...but i managed to get three somewhat equal thickness layers. this is a super moist cake, could be used with some other fillings as well. 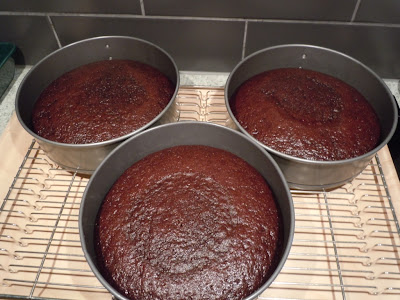 i had never made caramel before...didn't burn myself and the candy thermometer really came handy (second time i've used it in...hmm...5 years). 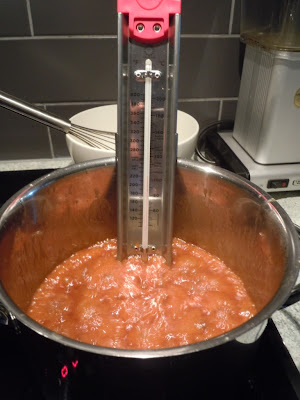 just part of the butter that went into the caramel...sigh. and the baking stopped, until today that is. my wrist was screaming by the time i got the butter mixed in, so i figured it'd probably be a good idea to take a painkiller, the opiate kind. boy, was i wrong. went to bed, had nasty dreams, felt like throwing up and spent monday in bed in a state that resembled a very bad hangover. swore to myself to take all of those pills back to the pharmacy, i'm never going to use them up. the little masochist in me rather takes the pain than feels like puking all day long. oh, sorry if i spoiled your apetit for the cake! 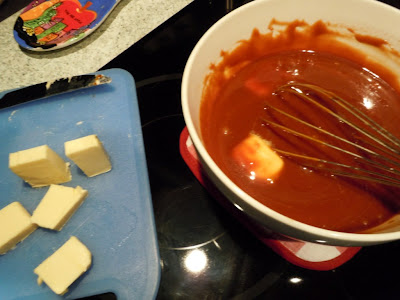 this morning i took the caramel out of the fridge to "thaw" a bit... 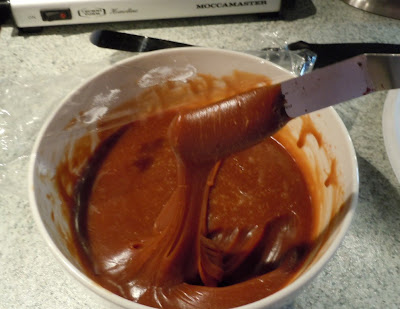 ...before speading it on the cake layers. i used 8" tins for the layers, probably should have gone with 6" tins, but the 6" ones i have aren't tall enough. i only got three layers, and a lot of left-over caramel. 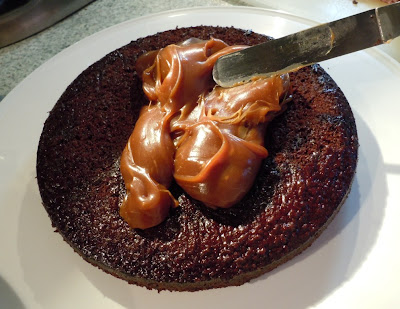 the caramel was somewhat hard to spread, perhaps i could have warmed it a bit more. 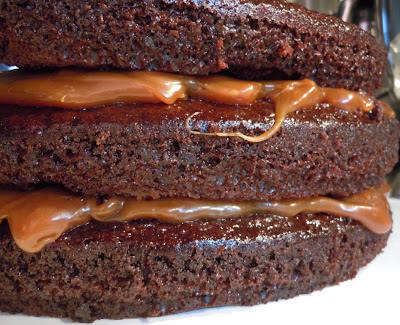 the cake layers were very chocolaty, and frosting was even more so. i think next time i won't use the cocoa powder+water in the frosting. 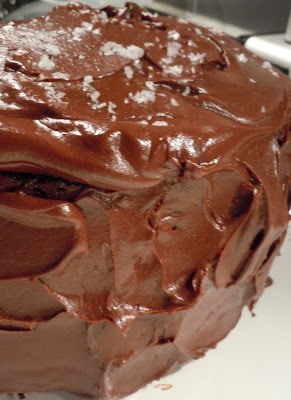 the salt crystals on the frosting really hit the right spot. will i attempt baking again any time soon, like when the wrist is still on the mend? nope, unless certain someone wants to learn the fine art (which i don't see happening...). he might try a bread of some sort, though. 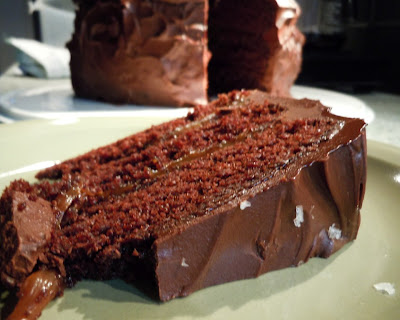 you know it's almost winter when...

the chimney sweeper comes for the yearly visit 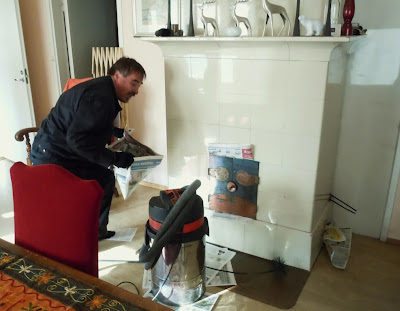 you start using the fireplace again, to heat 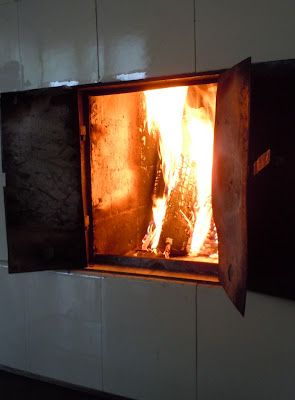 you neighbour gets a new puppy. well, i guess they can do that any time of year, but this puppy is so cute... 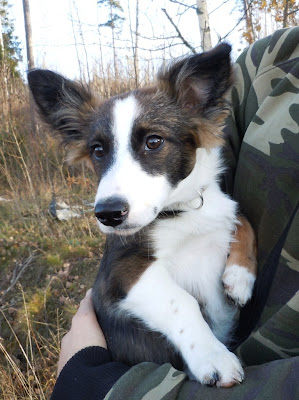 time to change the tyres 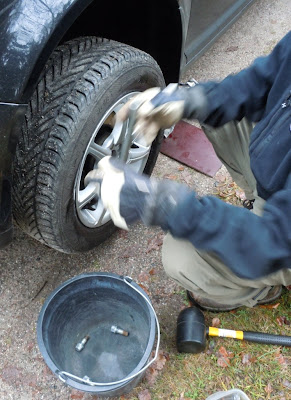 start drinking the "remedies" to scare off the flu. 1 tsp of honey to one glass of ginger infused water, every morning, room temp. not sure if this helps, or me washing my hands a lot...avoiding other people might be the best way not to get a cold, perhaps not the easiest, though. 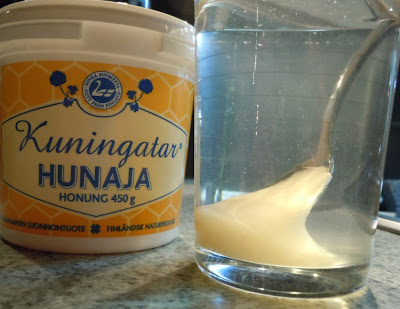 the dog starts sleeping indoors in the day time... 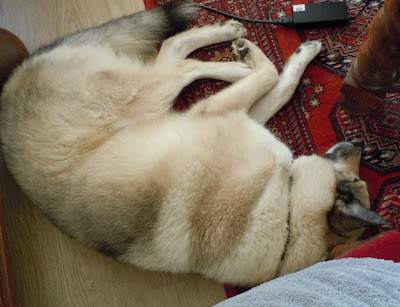 ...very close to the chair anyone is sitting on 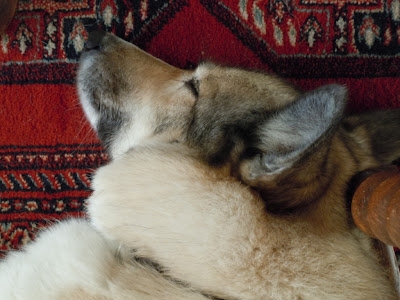 the roof of car looks like this in the morning 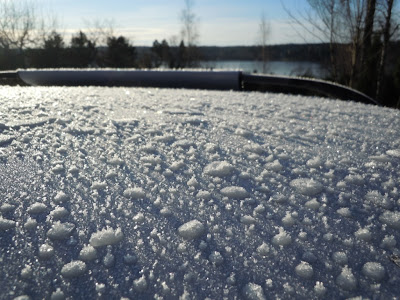 you wonder if the oregano can still be used... 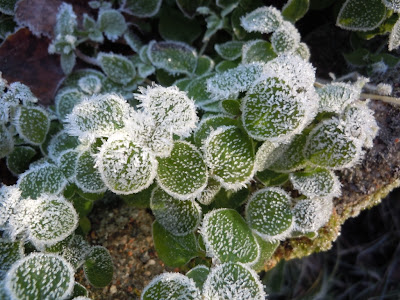 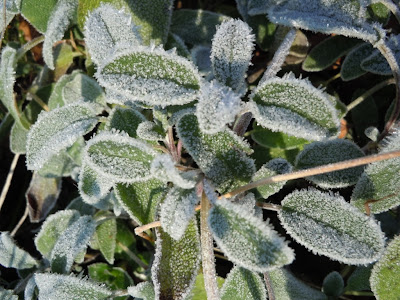 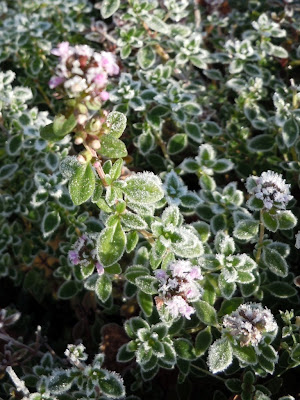 when the shadows are long and sun barely makes it above the horizon... 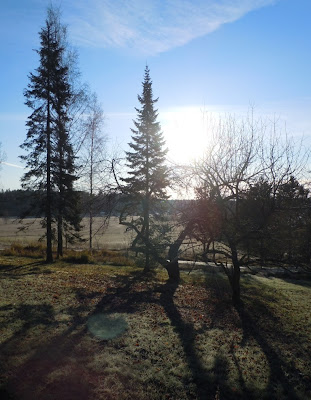 ...and shines thru stuff. 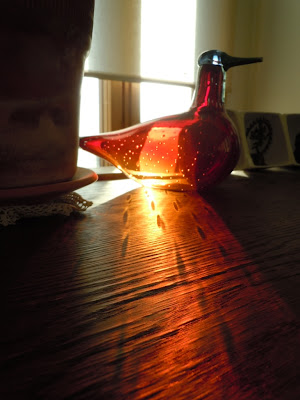 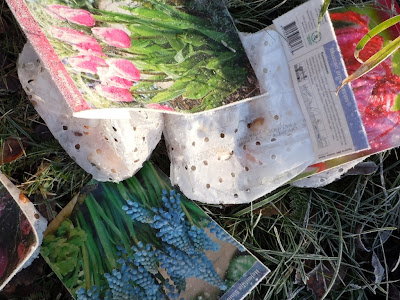 when the water in the dog's water bowl is one solid piece of ice... 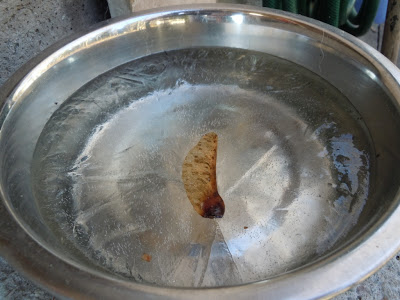