the dog wanted to share one his walks with you:

so, the bossy woman had a walk with me. i guess she is okay, she just makes me behave and sometimes i just didn't want to bother. she insists i behave, not like paps, he more or less lets me do what i want. it was nice evening, not too hot, and it wasn't raining. i don't like walking in the rain. bossy woman tells me she likes walking in the rain. weird. 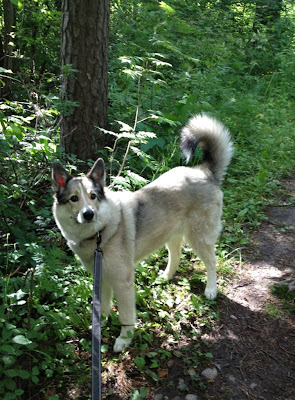 bossy woman tells me that paps used to live here when he was just tiny. i think that it must have been very long time ago. they also tell me that nowadays only grey foot lives there. grey foot is ghost, whatever those are. 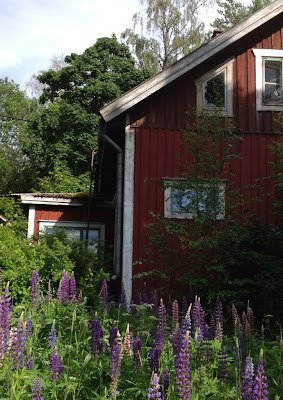 in this house there is a dog who barks very loudly. bossy woman has told me to just pass the house and not bark back. 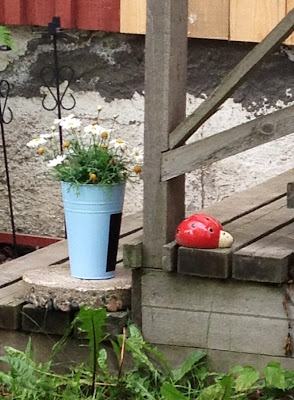 there is another house that has 2 tiny dogs. this one always comes to the street to greet me. he wants to run around with me but they never let off leash, bummer. 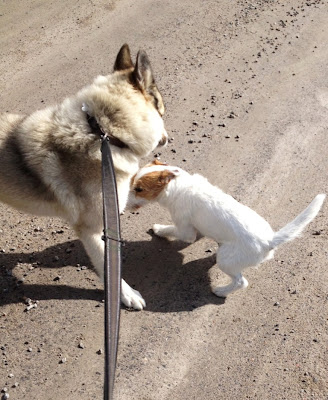 his name is nacho, and it seems that he's a bit of a bad boy. the adults were talking and nacho's mom said that nacho always finds a crack to escape. 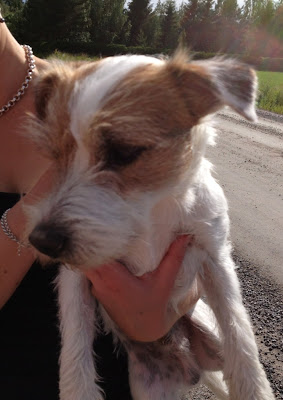 he was pretty quick about him. 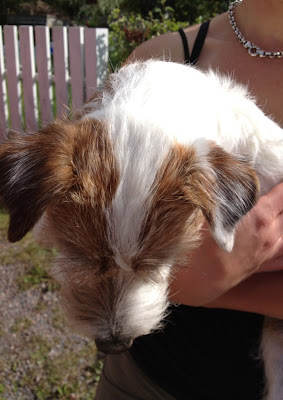 nacho's mom said i was a good boy because i didn't bark and jump around. well, bossy woman wouldn't have let me do that. i find it strange that when i behave nicely i get more pats... 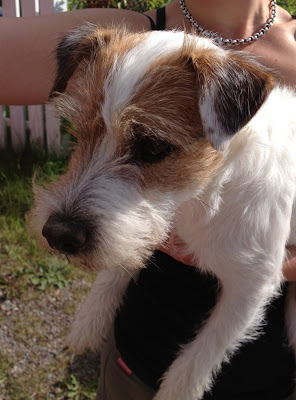 when nacho had to go back inside we walked further and there was those buffy things in the sky. i don't like thunder, this wasn't thunder i later found out. 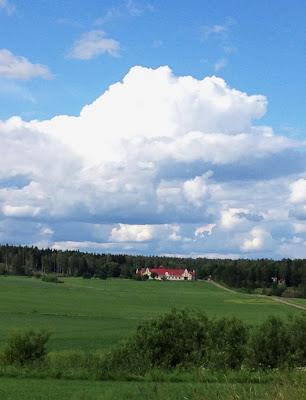 bossy woman always stops to take pictures. she thought this looked nice, i think it must be another weed, and it probably won't taste any good anyway. 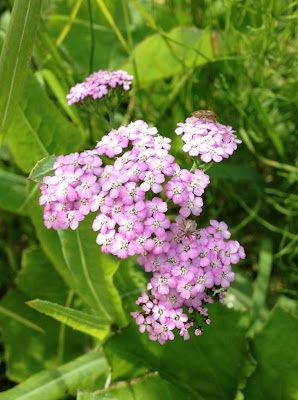 i also don't like tractors but since this has been here for a long time and it never makes any noise, i'm okay with this one. 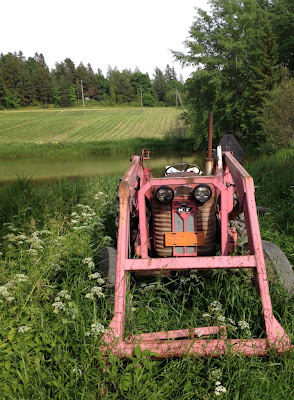 right before i got to swim bossy woman had to tell me off, said i was pulling too hard! duh, you would if you wanted to swim and weren't sure the adults were going to let and you wanted to make sure you got a least a dip in the cool pond! 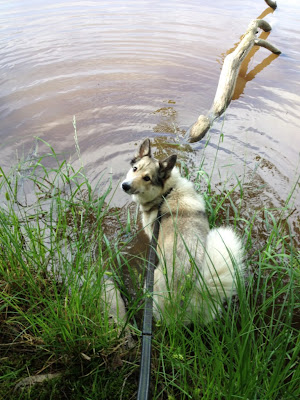 those are strawberry fields. i don't eat strawberries but there seemed to be a few almost ripe in the fields, not that i was let to inspect them more closely. 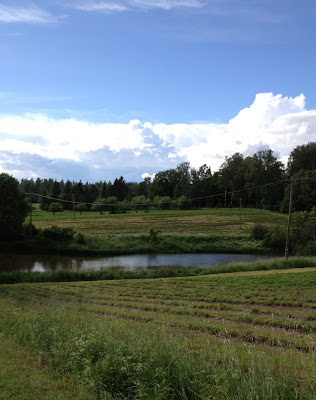 i'm not sure there is a dog in that house but bossy woman likes the allee of birches. 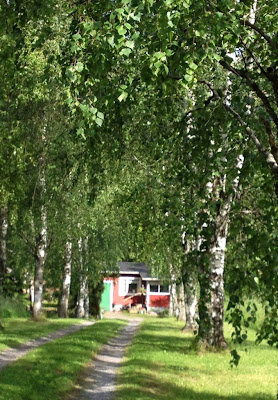 after dinner i took the rest of the evening easy and layed on the new deck that i helped paps built. if bossy woman lets me, i'll tell you about that later. wuf for now. 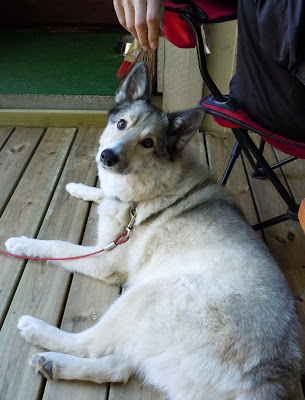 ps. bossy woman took the pictures with her new toy, iPhone. she didn't give me any new toys.