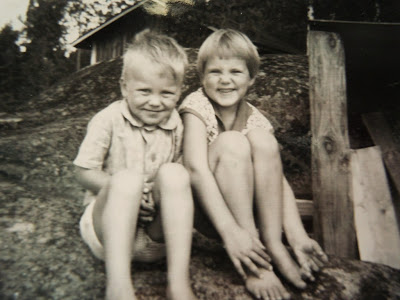 Email ThisBlogThis!Share to TwitterShare to FacebookShare to Pinterest
Tunnisteet: celebrations

weird spring in the garden. the crocuses took forever to pop up and bloom, then they were gone in no time at all. 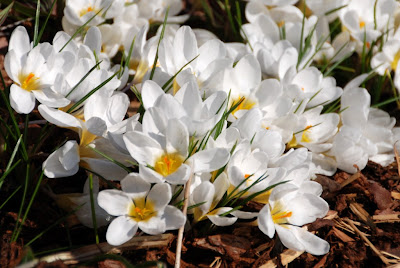 what i can i say about this...it's where (i think) i busted my wrist for good. i've said it before and i'll say it again, i hate those roses, and yes, they were back. i cut them short and decided that one growing season under that black plastic top will kill the roses in there. 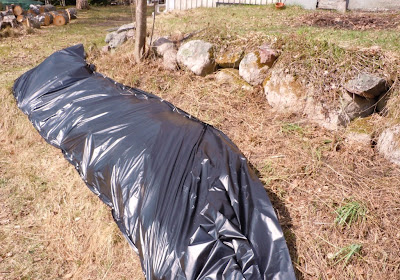 unfortunately, some snowdrops will go as collateral damage... 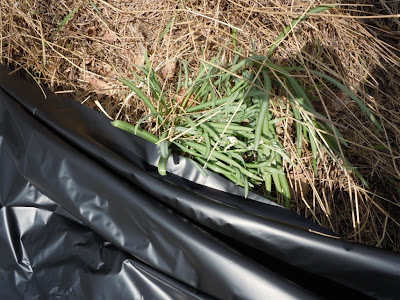 it ain't pretty, but i rather look at this for the summer than wreck my wrist yet again pulling those rose roots off the ground. the other option was to hire a small backhoe, remove the soil, replace the soil and plant some nice perennials in there. by killing (i know there is a proper gardening expression for this but it's so late i'm barely awake) all vegetation we can later just add soil and plant whatever. 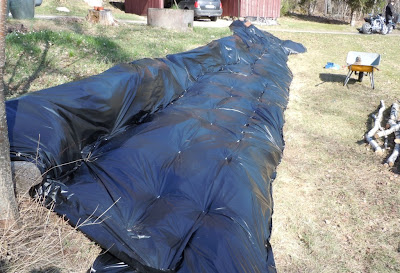 remember those bulbs someone (=me) forgot laying around, those bulbs that might have gotten frost bite...well, it seems they didn't mind and are now happily blooming, almost anyway. 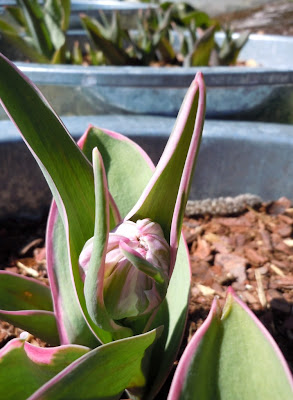 my herb garden then...i cut down the oregano from last summer, it seems that it might have survived winter. the two kind of thymes looked fairly ok, but i got them out anyway, they were getting too wild. i did save some lemon thyme for lemon chicken, but more about that in another post. 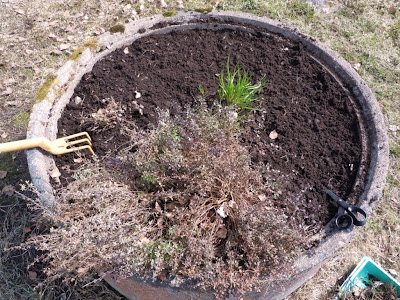 i put in sage and another set thyme. that's chives in the middle. 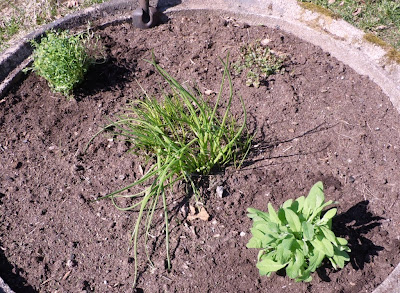 the dog isn't much into gardening. oh, he will dig a hole and then sleep in it... 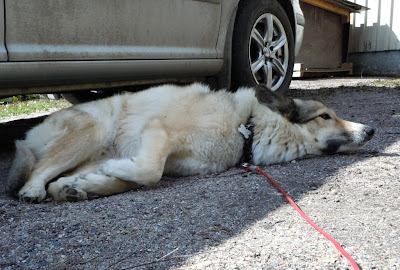 these are really tiny, barely the height of my camera. 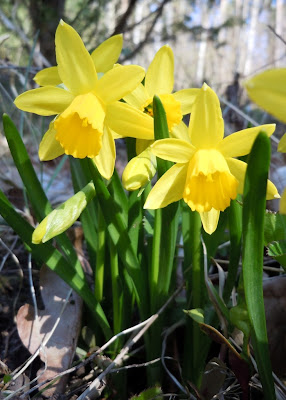 the muscari are so late this spring. could be the strange weather back in december when everything started budding and making new leaves. 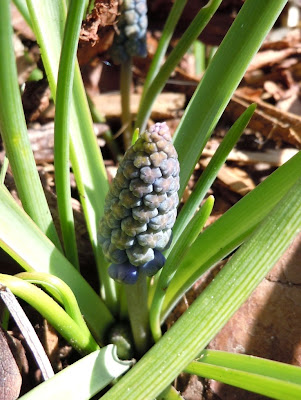 the anemone are taking over the yard. 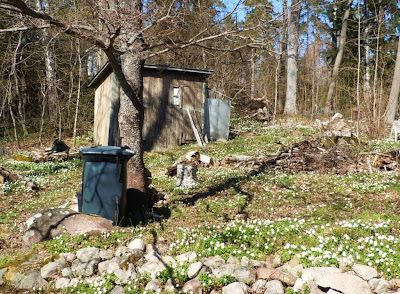 i had ordered "some" soil, so much so that they delivered it on a big truck... 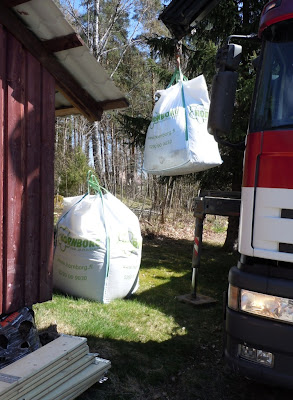 ...that made the dog crazy, this was the only way to get him quiet. or is he playing us? 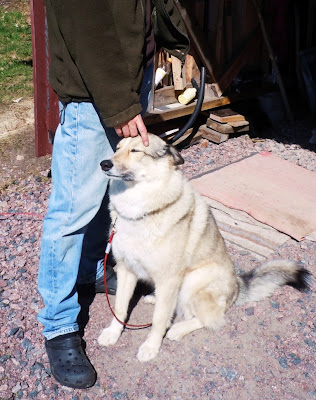