seems that my previous coffeecake-type bakings have gone from major to minor disaster. a friend told me that he'd made a rhubarb coffeecake with a pirkka-magazine recipe. as we have a lot of rhubarbs, i decided to try this, despite my cranberry coffeecakes...

here's how mine looked, in a bowl, with vanilla ice-cream (and just that you know, you have to eat ice-cream with rhubarb, otherwise you get sick and wither away...) (ok, not that serious, but any milk-product is in order, but then again, you all knew that, right?) 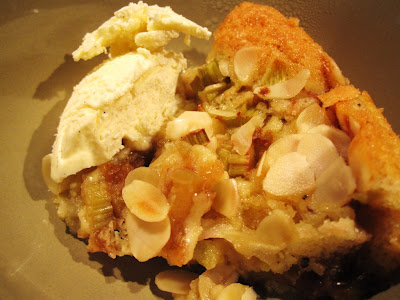 love this part of baking/cooking (sooths my mind) 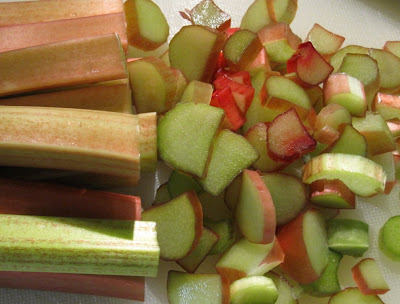 someone at the pirkka-magazine comments asked how you get the parchment paper in between the bottom and sides of a pan...here's how.

oh, the disaster this time? can you believe it, i don't seem to have a 26cm removable-bottom cakepan that the recipe calls for...or i do and it is lurking somewhere all quiet. anyways, decided to use two smaller pans. someone at the magazine comments had mentioned that 24cm pam might work better as they felt that there isn't enough batter for 2 full layers for a 26cm pan...go figure. 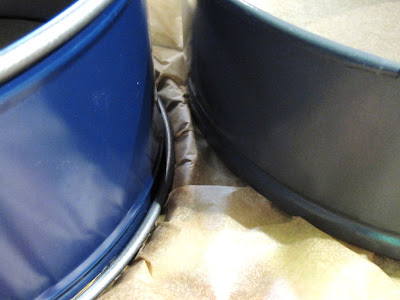 also in the comments, someone had problems with making the filling, mine looked and tasted ok. my friend had used maple syrup instead of regular syrup, i wanted to try it as well, but someone had forgot to get some... 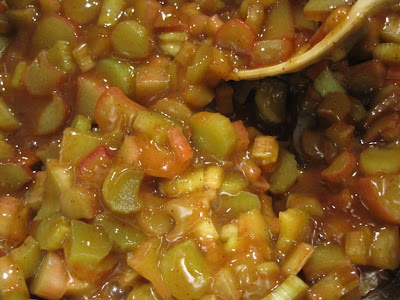 also, someone had forgot to buy butter...i was shocked. i so need to start getting a grip of the basics, no butter, shame on me! 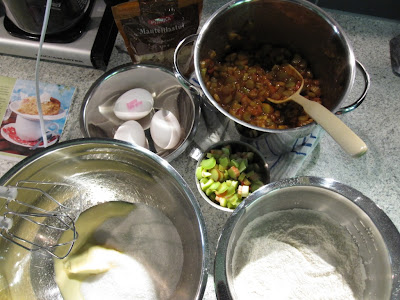 sliced almonds and rhubarb on top, before oven 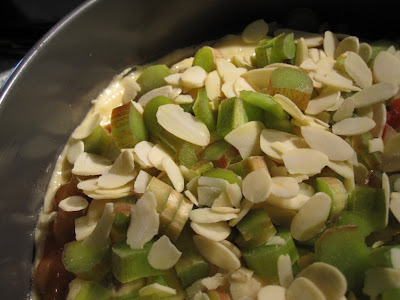 despite my cakes being smaller that in the recipe, i did bake them for the whole 50 mins the recipe calls for, might have required a few more minutes for "perfect" doneness. certain someone's mother got the other cake, she liked a lot. i thought this cake was ok, although i haven't quite decided yet if i actually like rhubarbs... 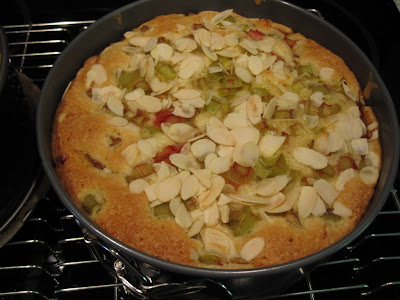 Lähettänyt liisamarja klo 10:28 AM No comments: