well, if boiling some pasta is cooking, then i cooked. i had warmed all the microwave portions (yes, i've stooped to that low) i got last week and really needed to fix something to eat. as there always is some whole wheat pasta in the pantry, i boiled some of that 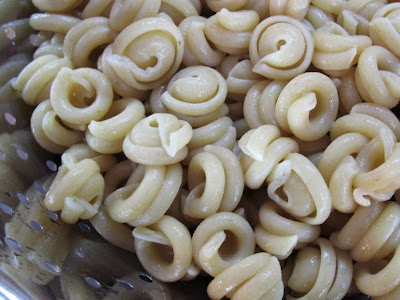 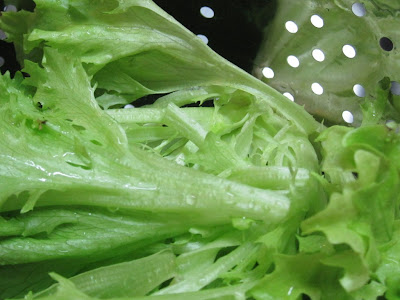 some cucumber, mozzarella and sundried tomatoes in oil, which i almost couldn't use because i almost couldn't open the jar. have you ever noticed that opening a jar with just one hand is very, very hard? not impossible, but hard. you need two leather gloves, but you're not wearing either of them... 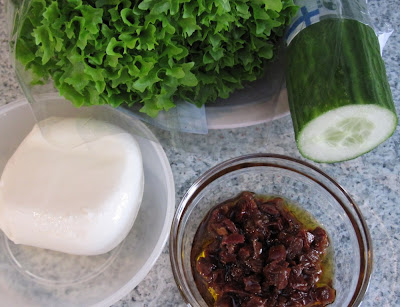 and did you know that mozzarella cuts up nice with kitchen scissors? the cucumber wasn't that easy, with just one hand the precision of the size of cubes vary greatly 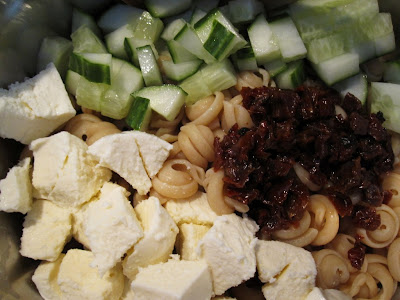 mixed the pasta, mozzarella, cucumber and tomatoes with some of the oil first, then placed some on a bed of frisee. and once i had finished eating, i noticed the fresh basil that would have been great in the salad... oh well, some other time, some other salad 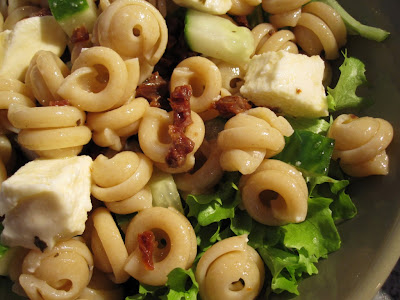 Email ThisBlogThis!Share to TwitterShare to FacebookShare to Pinterest
Tunnisteet: salads

what was supposed to be a in and out visit to the hospital on friday ended up in me staying there for two nights. i guess some of the anesthetics i was given before/during surgery made me rather sick (i'll spare you the details), and i was out of this world close to 30 hrs.

i was told the surgery went very well, the surgeon fixed a ruptured something besides the obvious problem of osteoarthritis (or something to that effect). again, i'll spare you the details.

the cast they put on my arm isn't small, or lightweight. don't you just love the hospital green? 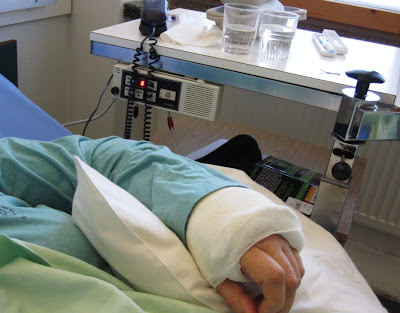 i'll be getting rid of the huge cast in 3 weeks, but will get a smaller one for few more weeks. typing with just one hand isn't going too fast right now, but i think i'll be posting more regularly in a couple of days. it's not like i have anything else to do with my time!
Lähettänyt liisamarja klo 7:43 PM No comments: