it seems that all the magazines i subscribe have been showing recipes for bakes of one sort or another...delicious had baked winter pies and bon appetit had too many to choose from.

i did what i usually do, took out what i had in the fridge and pantry and baked this... 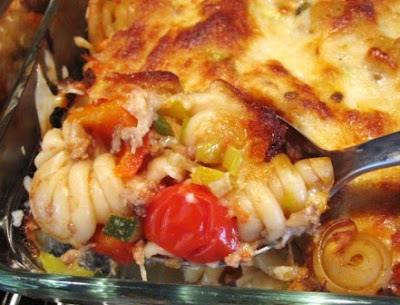 i did have 400gr beef mince but the idea was to use triple that amount veggies and on hindsight, i should have skipped the meat altogether. not because i have anything agaist meat, as such, but with the amount veggies and other stuff there really wasn't any need for the meat. 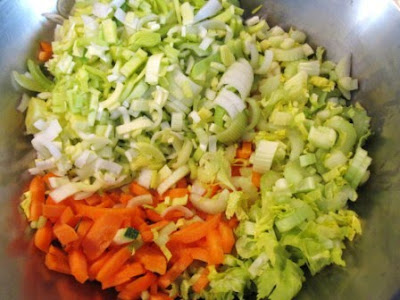 in another bowl i had zucchini (grated), mini tomatoes (halved) and red bell pepper (cubed) 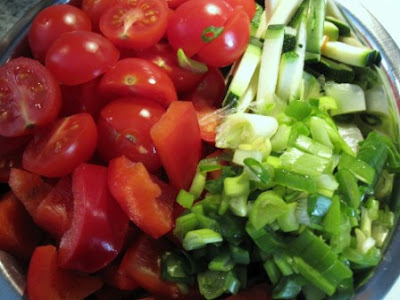 started the cooking by browning the meat in my trusty non-stick soup pot, then added the carrot, leek and celery mix and a can of crushed tomatoes. let that simmer for 15 mins for the veggies to soften a bit.

i tought this would have made a nice pasta sauce as was, but i was determined to make this a bake...so maybe next time. 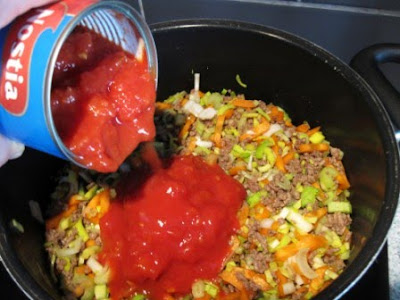 after 15 mins i turned the heat off and added the tomato, pepper and zucchini mix. the reason for adding them at this point was not to cook them into a mush. they were going into the oven so they'd get semi-cooked anyway.

mixed the cooked pasta with other ingredients... 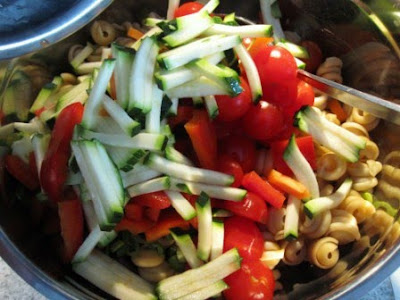 ...poured one fourth onto an oven dish and added some grated 17% emmental (that needed to be used, totally optional)... 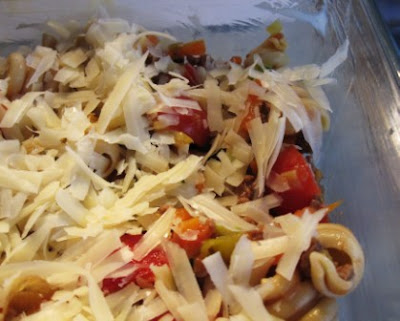 ...then added some more pasta mix on top. was making this in two dishes, one for certain someone and one for me to take to work later on in the week. 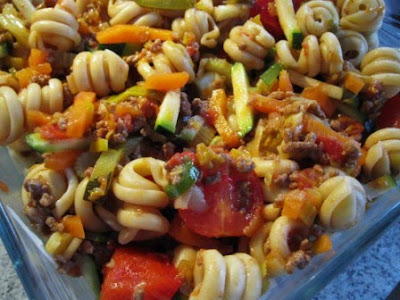 grated cheese on top would have been more than fine but i had some cream and creme fraiche that needed to be used as well, so i decided to make a mix of those, bread crumbs and grated cheese. 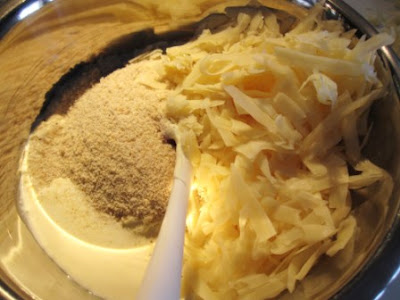 the bread crumbs quickly sucked up all the moisture in the mix but managed to spread the mixture on top of the dishes. 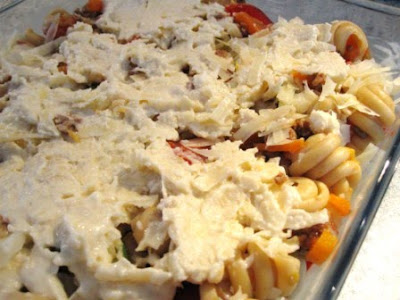 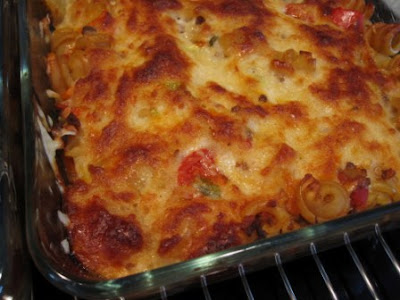 again, no salt as there certainly was some in the cheese. this batch would have served, hmm, at least 8. i got 4 lunches out of mine, and a few nibbles... 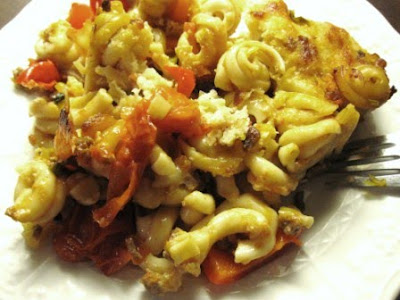 ps. not too long ago i came to know of mark bittman, who used to write as the minimalist for new york times. he has great ideas about food, what we should, or more importantly shouldn't eat.

i like to think i was going to the same direction on my own, but his articles have certainly made me feel more determined to further my quest as a flexitarian, but at the same time being strongly against putting people into boxes and telling others how they should feed themselves (although the guys at work might disagree on that...)

i'm certainly not "a vegetarian who occasionally eats meat" but rather someone who likes eating good food, tries to make the mentioned food healthy, tries to make it from scratch with sustainable, seasonable ingredients, and who will occasionally cook with meat, cream and butter and what not to indulge in gastronomical delights.

recently i decided that i will only buy stuff that has maximum two E-coded ingredients in them. that has proved surprisingly difficult, there just is too many Es around and the more the food is prosessed, the more E-thingies in it. i might have to go to max three and even that narrows the selection quite a bit!
Lähettänyt liisamarja klo 12:24 PM No comments: