the moon & garden this morning

there it was, huge, sort of yellowish. more importantly, i remembered it was supermoon and went out to capture it. 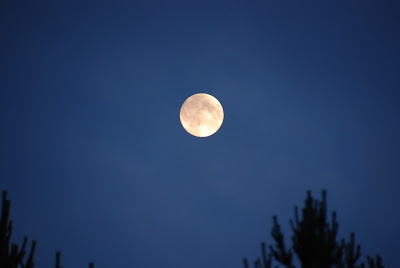 it was miraculously light for a while, before the clouds came and ruined my view of the moon. i did go out later in the evening but only got glimpses of the moon behind the clouds passing by... 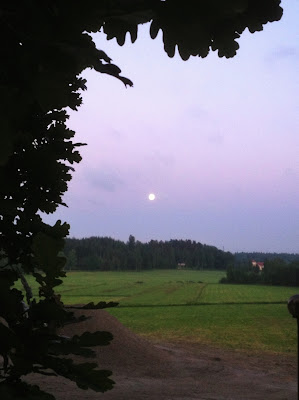 there's been a lot of commotion at the shack lately (the county is digging for water mains) and you could see that this poor deer was rather confused of the changed scenery. i'm glad she didn't make a stop at my veggie patch! 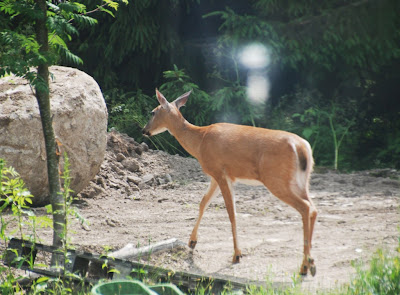 this lilium martagon isn't doing so great. first, this spot used to be more shady but because of the digging for the water mains they had to cut down huge trees that cast a shadow to this spot. second and i don't know where they came but there's been a few uninvited guests in my lilies, namely scarlet lily beetles. nasty little buggers. 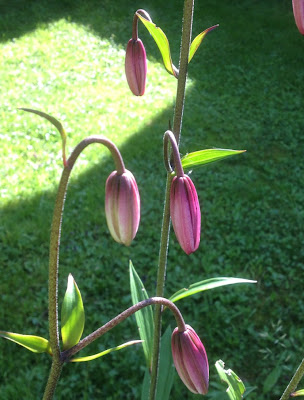 these blue babies are doing great, they pop up every summer, and are pretty as can be, campanula rotundifolia, the bluebell. 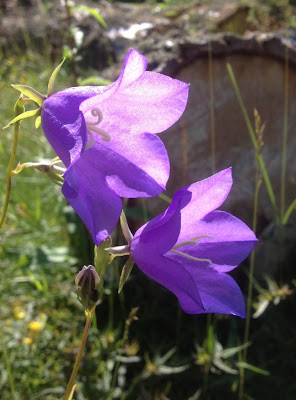 potatoes are doing great, no bugs (so far). will be interesting to see what the crop will be this year. 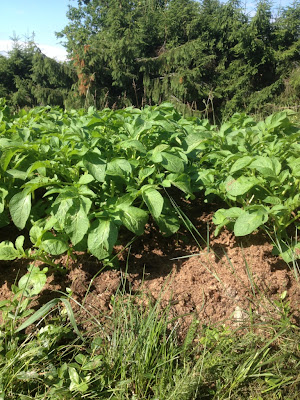 earlier in the summer i noticed that something is eating the leaves of my beets. wasn't sure whether it was rabbits or deer or maybe snails, but i figured a net of some sort (this is the same kind we use for berry bushes) would provide some protection. so far the nibbling has stopped. this year i'm growing carrots, parsnips, parsley root, yellow and red beets, and possibly a surprise because i yet again was too lazy to make notes on what i planted and where... 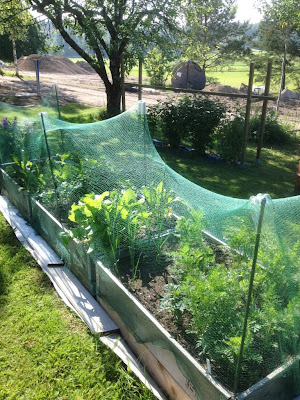 the corn isn't doing so great this year, hopefully they start growing soon or they won't be done when autumn comes. 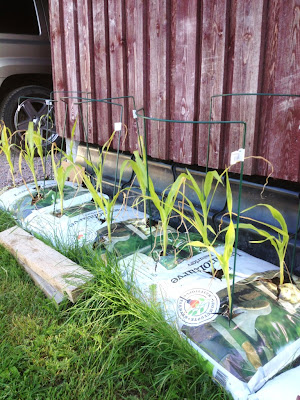 the shack sits partly on bedrock and they had to blast some of the rock in order to bury the water mains deep enough so that they don't freeze in the winter. certain someone had the crew bring the rubble to be used to extend the upper part of yard. the idea is to form a ledge of the blocks of rock, the crew will bring machines to do that. i'm already thinking what to plant on the ledge... 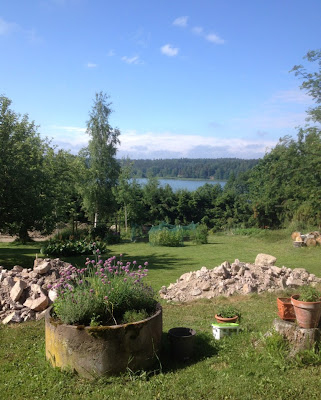 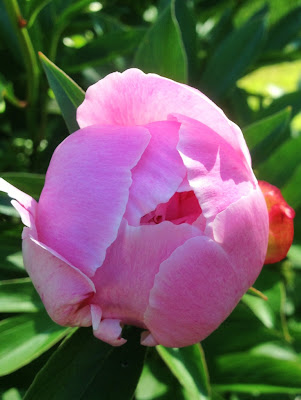 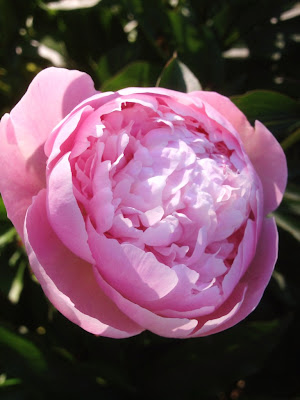 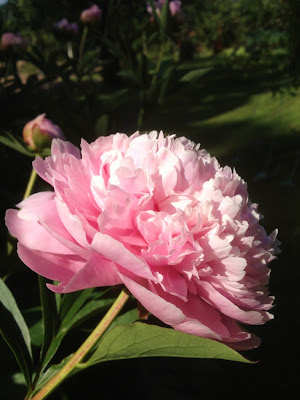 the peony just is the most beautiful of flowers, especially the pink one. the pink ones have been in the garden for 20 odd years, their location isn't the most convenient but i don't dare move them. i planted the white one (actually 4 of them) about 5 yrs ago and this is the first time i get a blossom on any of them... 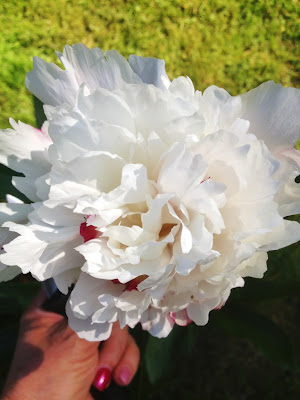