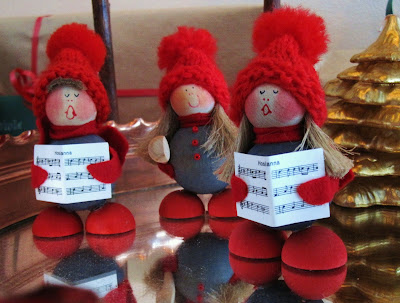 to each and everyone wherever you are
Lähettänyt liisamarja klo 9:43 AM No comments:

Email ThisBlogThis!Share to TwitterShare to FacebookShare to Pinterest
Tunnisteet: miscellaneous 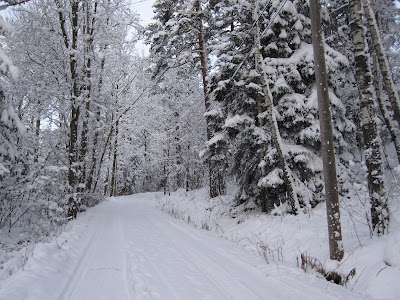 snow, snow... there's finally plenty of it, and more to come. the pic above was taken yesterday morning at the shack. certain someone called this morning to tell that there is 30 cm of snow on this strech of road and that he might not be able to go to work, how sad (he's not!)

looks like there are still some apples hanging on in the tree... 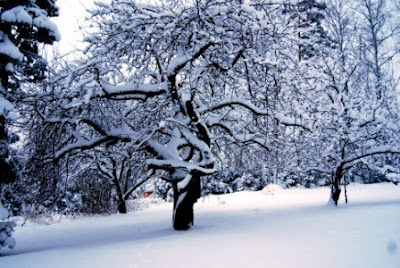 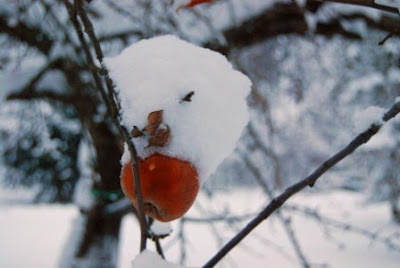 i made indian style chicken for sunday lunch, but silly me forgot to take pics. i managed to shoot the amount of spices i was using but suddenly i had two pots cooking away needing this and that at the same time and my fingers were kinda sticky and my poor camera has suffered a lot already... is that good enough for an excuse?

the other day at the store i suddenly felt the urge to have mac & meat, that would be meat and macaroni casserole for those of you not in the know. very easy to make, mix 4 cups of cooked pasta with 1 cup of browned mince (i used beef), put into an oven dish, season with chile powder (if you like it) and black pepper (and salt if you like), pour in a mixture of 2 eggs and 2½ cups of milk and top with grated cheese (optional) and bake in 220 C oven for 30 mins. next time i might try and make this with tuna 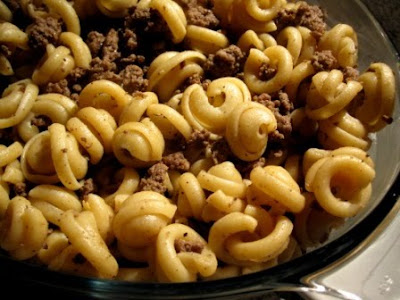 fresh out of oven, i do like the crunchy top 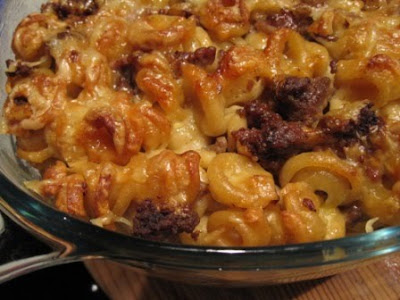 this is another cranberry vanilla coffeecake in the baking, looking pretty, 9th attemp. cranberries seem to have something against me, let's just say that this wasn't the last attempt... i will win this fight, no matter how long it takes! 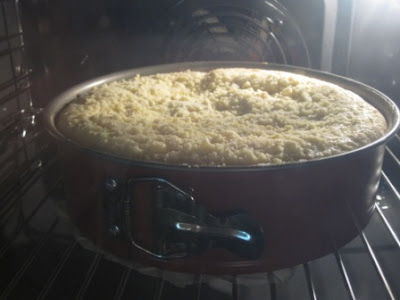 our xmas tree at the shack, except that it's actually not a tree but... 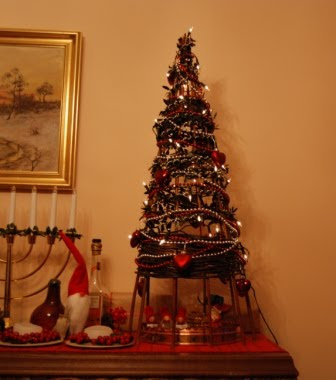 something i picked up at the garden section at the store. it looks the part, there won't be needles all over until midsummer, needs no watering and it can be used as a plant support in the garden when summer comes. i'm so proud of myself! 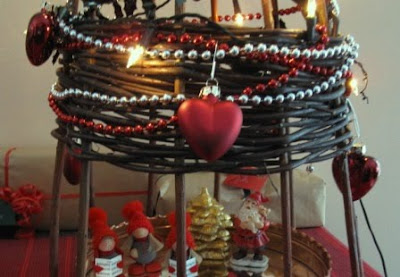 did some knitting despite the wrist. won't show you more 'cause this might end up wrapped and under the xmas tree with someone's name on it 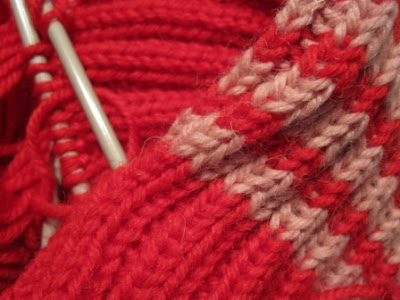 Lähettänyt liisamarja klo 8:42 AM No comments: