i got the idea for this salad from alexis's blog, the original recipe is from now dead and buried gourmet magazine. 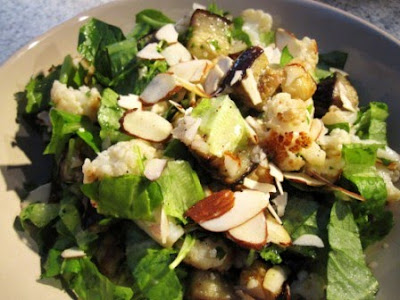 when shopping i had a vague idea of the salad but didn't remember all the ingredients, figured eggplant would roast fairly well and it would add substance to the salad. 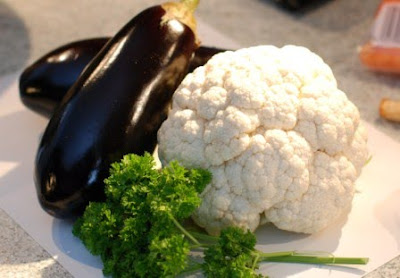 once thru with separating the florets i thought that this would serve a lot more than just the two of us... 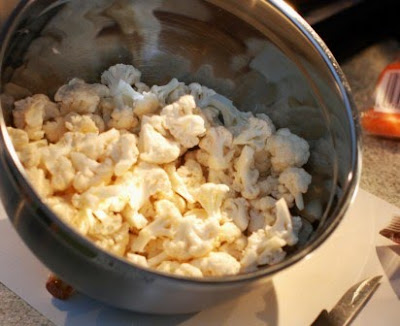 ...and more so after i was done cubing the eggplants... 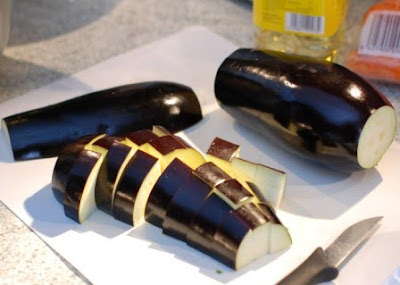 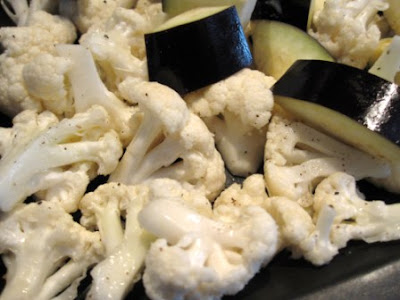 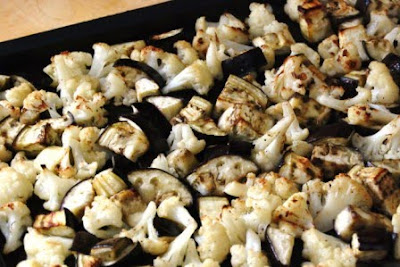 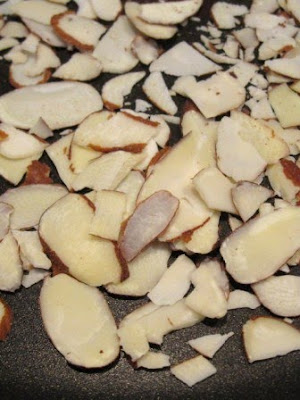 made the dressing more or less according to the gourmet recipe, but used white balsamico (no white-wine vinegar). first tossed the cauliflower and eggplant with half the dressing. had some romaine lettuce and arugula that got chopped and added to the salad with half the almonds and approx ½ dl minced parsley. tossed gently and added rest of the dressing and almonds. this batch made 2 very hearty portions, would make 4 office lunches...

i guess i need to confess that cooked cauliflower isn't a favourite of mine. raw and sliced or grated in any salad is ok, but cooked...hmm, i would choose something else. i think here the eggplant mellowed the cauliflower, or something. will try this again. 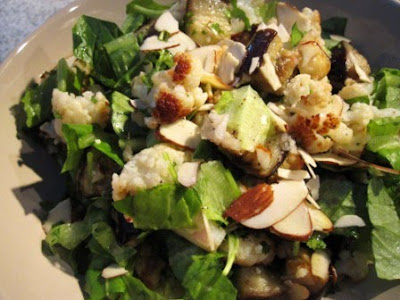 the snow, the snow, plenty of this winter. so much so that the snow that has fallen from the roof has piled under the window and the dog can now climb on the 4 feet mount of snow to peek in... 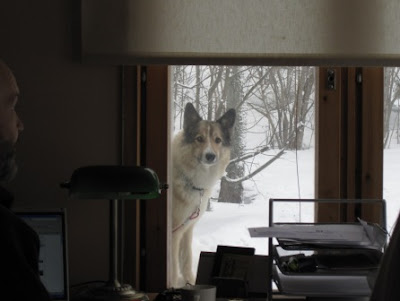 Lähettänyt liisamarja klo 11:16 AM No comments: