it seems i cook and take pictures of what i've accomplished almost daily, but never get them posted here...i blame the sun. anyways, this pureed soup of broccoli and potatoes turned out quite nice. 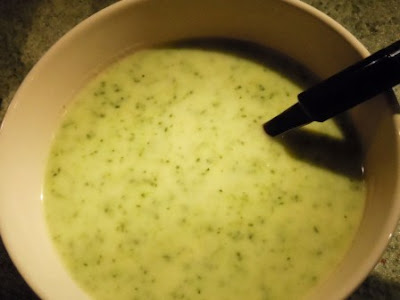 got two stalks of fresh broccoli. took the florets apart, peeled the stems ('cause the stems are edible, you just need to cook them a bit longer) 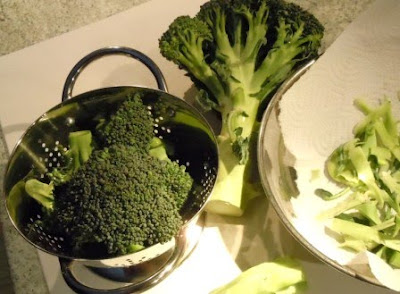 peeled and cubed three potatoes to cook with the broccoli stems. let them simmer on low for 15 mins in 2 cups of water. 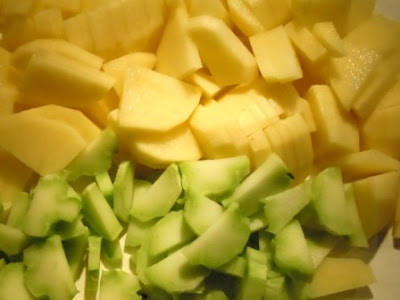 minced one medium onion and sauteed that on medium heat in 2 tbsp butter. when the onion became translucent, added 2 tbsp all-purpose flour and cooked that for 2 mins, then slowly added 2 cups of boiling vegetable stock while mixing to avoid lumps. then added the boiling broccoli-potato mix, with water, and the broccoli florets and let simmer for another 5 mins. 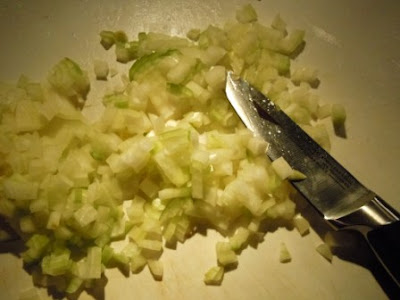 then took out my immersion blender and gave the veggies a squish. seasoned the soup with 1 tsp celery salt and 1/4 tsp fresly grated nutmeg. as a final touch added 100 gr of low-fat cream cheese and mixed well. 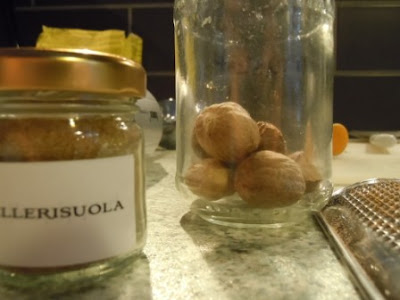 very nice with rye bread. while eating, something unusual happened, we both thought this soup really needed some salt...so you might want to add some when seasoning. 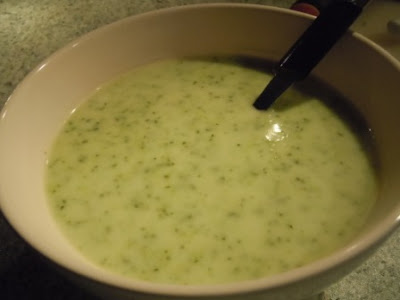 yes mom, certain someone and whoelse. i do have a fair amount of cookbooks, but i absolutely needed these. now that i have these, i can see that might not need some that i already have. (but let's not get into that right now)

so far i have just browsed these thru, dorie greenspan's baking would have been the one to get from the start, it has it all. forget all the other "bakings" i have...the baked explorations definitely has some that need to be experimented, and martha's latest, this just might be the one i will bake from cover to cover (if i do, you'll be the first to know) 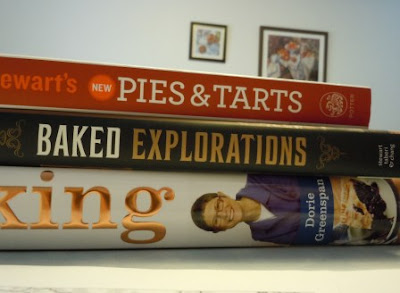 this little, sad, pale and lonely crocus has managed to pop up from under all that snow we had... 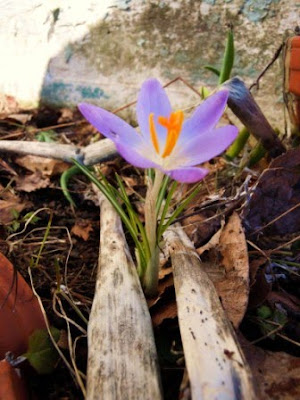 ...and this snowdrop, as well. 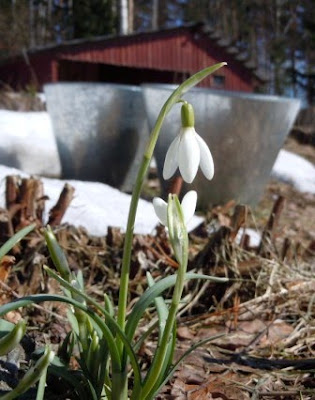 the compost froze in december...the manufacturer says it won't, but i'm not going to sue them, the winter was quite harsh. now it needs thawing and warm air inside, the sun warmed it up some yesterday. 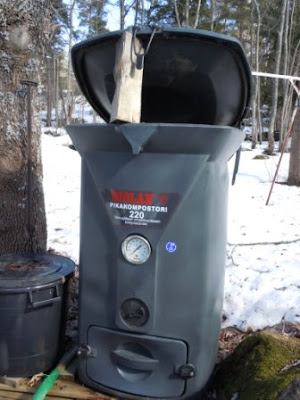 the dog enjoys the sun as well. i'm jealous, i wish i could spend my days idling around, maybe get up, once in a while, to bark at fatties (=squirrels) or just for fun... 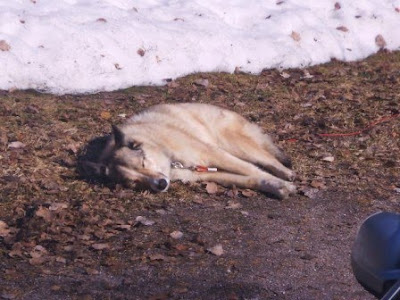 though, i'm starting to agree with scientists...too much sunlight doesn't agree with us finns. i rather liked the darkness of winter, could also be that the stark sun makes one (too) aware of things one should start mending. i'm not feeling the kick from sun that most people seem to get in the spring, so i'm not feeling very productive, but rather very impatient and at the same time not sure what it is that needs to happen. but i'm sure it needs to happen soon!

it wasn't enough that i broke a nail. it broke almost all the way, and was painfull, well, still is. and this really didn't need to happen, a knife fell out of my hands and as i was trying to catch it, i hit my finger on the edge of the counter, hard. i got the knife, lousy save, if you ask me. 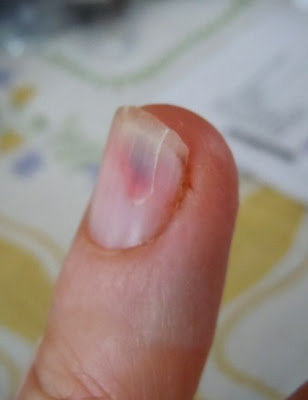 i'm taking a little trip with my parents this coming week. rest assured, you will have to endure the pics of all the food we ate and places we visited...

ps. remember to vote! (there is a parliamentary election in finland on april 17)
Lähettänyt liisamarja klo 10:49 AM 1 comment: