i had wanted to try a thai salad for a long time. i tried to get a flank steak from the grocery store...i don't think there is such a cut in finland (or maybe that store isn't a very good one and i was lazy to drive to another), anyways.

i had looked for a recipe in many cookbooks and ended up adapting one for the meat (marinated flank steak) from anna olson's fresh. didn't have all the ingredients that the recipe called for, so took the liberty to simplify it (what else is new...) and used rice wine vinegar because there wasn't any red wine vinegar 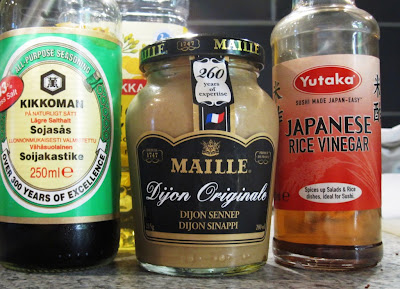 these were some sort of "guaranteed tender" steaks, i thought that i quick sear on the grill would do the trick 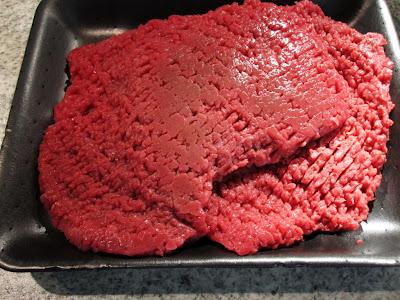 this certainly isn't a very ecological way to marinate but since there was garlic in the marinade, i didn't want to infuse eveything in the fridge with garlic... 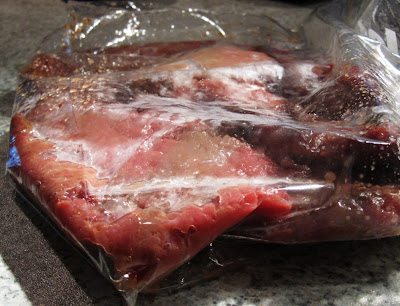 here it is...i managed to take one picture while cutting uo the salad but then i took the chili out and put gloves on, no more pics...

the recipes for the salad and salad dressing are adaptations from jamie oliver's the return of the naked chef. the salad had ½ of what we in finland call chinese cabbage (thinly shredded), one yellow bell pepper, ½ cup of green beans (frozen and thawed), 3 spring onions (roughly minced), 10 cm piece of cucumber (diced on bias), ½ red chili (minced).

the dressing called for limejuice (used lemon juice instead), olive oil, sesame oil, soya sauce, brown sugar, ginger, garlic, fresh chili and cilantro (which i didn't have). the dressing was so good, it even earned "the best dressing ever" from certain someone.

the meat turned out more cooked than i would have like (first time on the grill at the shack this summer...) but with the crunchy salad and all that dressing on top, with whole wheat tortilla on the side, yam! 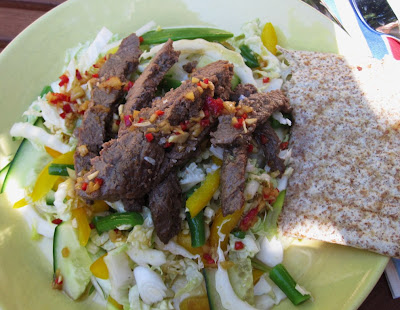 as it was so hot (once in a decade hot in finland) certain someone wanted a drink to suit the hot weather, well, actually he wanted sangria. at first i thought that we didn't have what sangaria calls for but after a quick search thru my cookbooks (that are plenty but none on drinks!!) i ended up sort of whipping one up wit a little help from PW's cookbook. PW's sangria was a bit too "stiff" for my taste so i did what i do...make it simple.

first took a look what we had as fruits, lemon, apple and nectarines 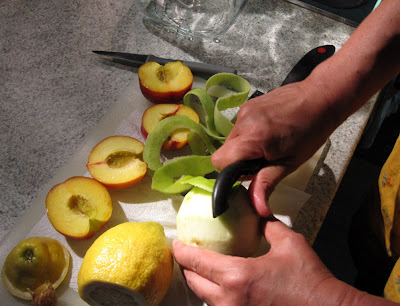 peeled, sliced and diced and put them all in a huge jar 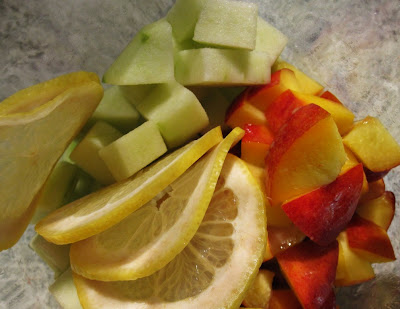 added about a cup of ice, then poured in 7,5 dl red wine (pato amado) and one liter of pepsi max (the diet version of pepsi) that caused all those bubbles, and as a finishing touch added 1 dl of white rum 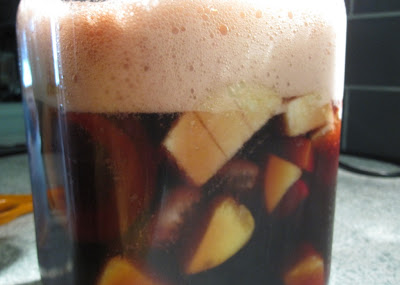 aren't they a merry mix? just to remind you all out there in the hot weather...drink plenty, not this kind of drink but water. i only had two glasses of this yesterday, and obviously not enough water, as i almost lost my dinner in the evening, and got a massive migraine headache, as well. suffice to say, i almost died. but the sangria was nice... 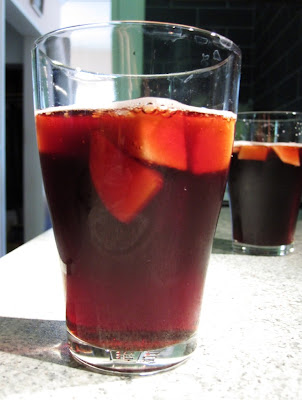 Lähettänyt liisamarja klo 10:30 AM No comments: