this is paps and me sitting on the front steps few weeks ago. i like sitting with paps in the morning, it's just that usually he talks to someone else. i think it's grandma, so it's not that bad...grandma gives me pigs ears. oh, back to the steps. paps thought that a deck in the front would be nice. bossy woman said there wouldn't be so much dirt inside, i really don't know what she meant with that. 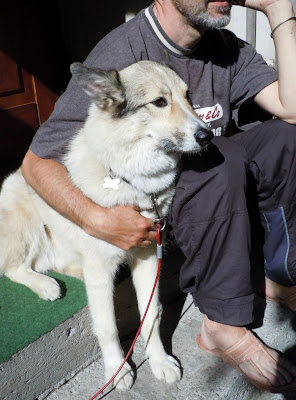 one day paps and i got to work. 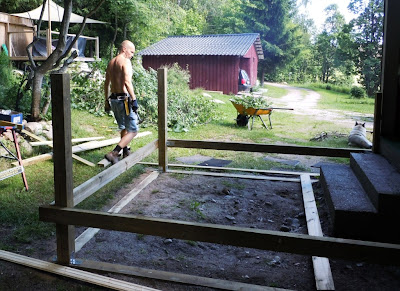 bossy woman was cutting off branches off a tree and piling them. i thought i'd give her a hand chewing them smaller. 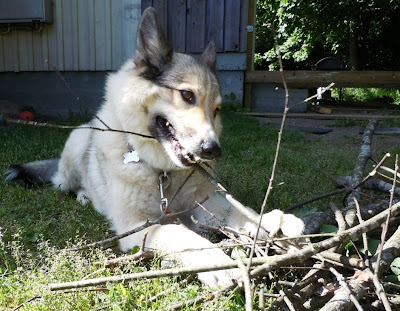 it was fun for a while, but there was a lot and they didn't taste all that great. 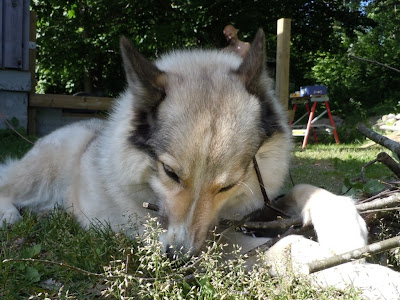 fortunately i had to go and bark some at this rude and arrogant squirrel. those buggers just keep coming back, lucky for them they can go high, if they weren't that fast i'd show them... 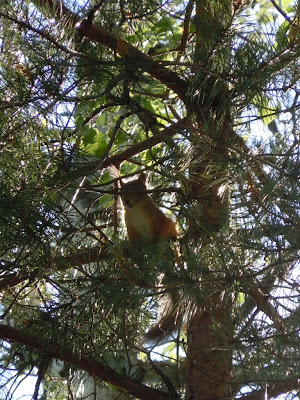 paps got the frame done in no time. i was taken under apple trees for this part. all that better, all that banging got to my ears. 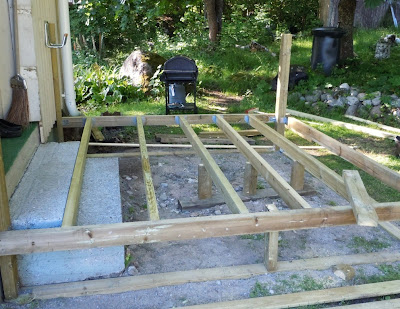 paps was even faster with banging the covering boards in place. 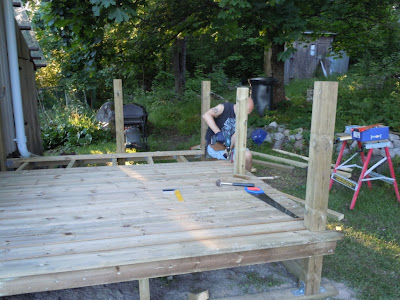 this is where i do my guard duties from. bossy woman says she caught me sleeping on the job, but let me correct, i was just blinking here. 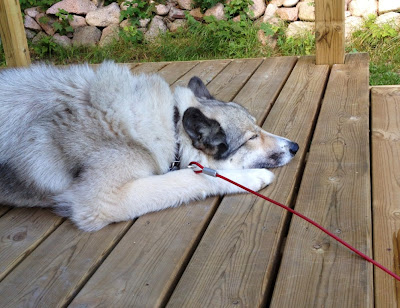 don't blame this on me! paps and bossy woman had coffee and cakes on the new deck and bossy woman left the tray out. it was right next to my bowl, so what was i supposed to do? i enjoyed the milk, thank you very much. 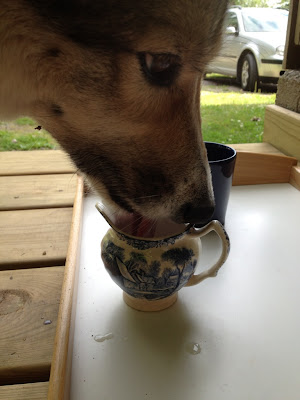 this here is one of my better poses. bossy woman keeps taking pics of me, she must have hundreds, don't know what she does with all of them. 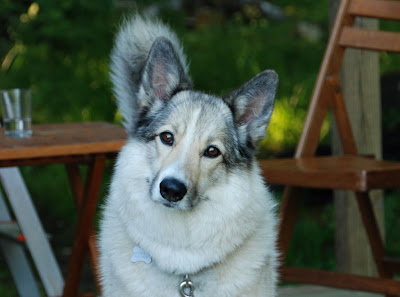 hmm, to my defence, i had just had my dinner and you know how you get teeny-weeny tired after dinner... 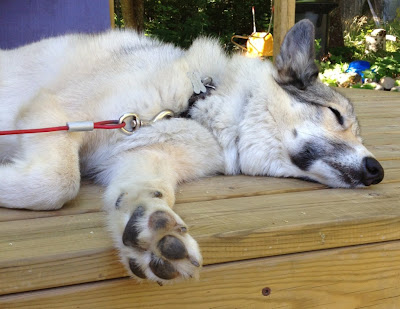 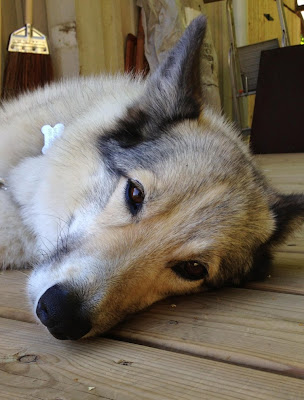 now paps and i sit on the steps of the deck. my people say i sit funny. you don't think i sit funny, do you? is there another way to sit on steps? 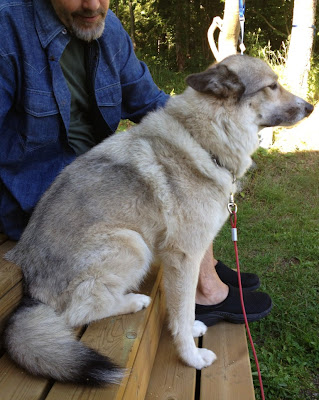 bossy woman said to tell you that this is for buster's mom. i'm told she likes these. they are all over place here. i think buster's mom should come with buster and i could show buster around. we could go swimming and we could dig holes all over. oh, bossy woman just told me "no more holes in the yard". 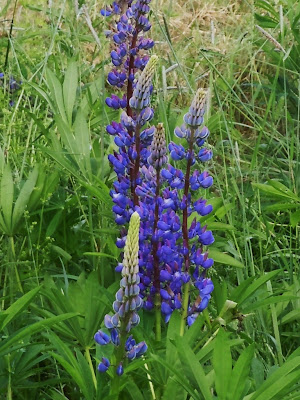 bossy woman says she's busy cleaning, painting, hauling stuff and moving. i don't think i've ever been busy, not that i know what busy is. she also said to tell you that she'll be done in a couple of weeks. i just remembered i have hauled stuff, once. the stuff was in a big plastic bag, in fact it had all my stuff in it. i had a well-chewed frisbee, a very worn leash, a rope-toy that was coming apart and my water bowl. now i have a lot more stuff, some of them squeal. i still have my rope-toy, it doesn't make any noise, but i like when paps has the other end and i try to take it from him. gotta go now, wuf.