the dog gets gift

if you don't like squeaky sounds, please turn the voice off...

Email ThisBlogThis!Share to TwitterShare to FacebookShare to Pinterest
Tunnisteet: the dog, xmas

...even thought it's not been all fun and games. well, some of the time it has. this here is the last full moon of 2012. 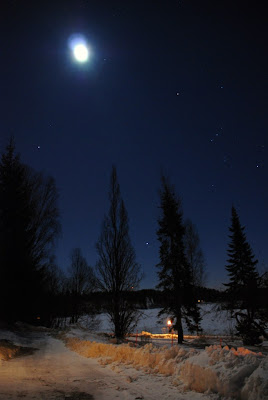 i don't know where the last six months vanished. most of the time it seemed there were way too many things going on and that i had time for nothing, besides work (and on most days that ain't a picnic). instagram swallowed me and as posting there is instant (duh!) the more time consuming blogging was moved to the back burner. also, i noticed that my real cameras started collecting dust...

these two furry friends are patu from next door and the dog. patu isn't a year old yet and was only recently introduced to the dog. they've been barking at/with each other for months, though, much to the dismay of other neighbors i'm sure. 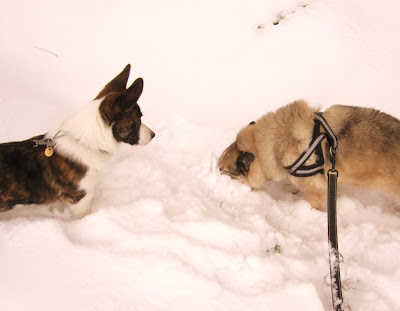 this year winter came pretty early and took a very cold start. it is unusual for the temps to drop to -20C (and below) this early in the winter. helsinki area almost broke the record of amount of snow by the end of december (record high was in 1965, 85 cm). the city of helsinki seems to take her time figuring out what to do with the accumulating snow and side streets are getting narrower and narrower and parking without a 4wheel drive and shovel are, shall we say, challenging.

but the snow, freezing temps and scarce daylight make great pictures, this one taken at the cottage. 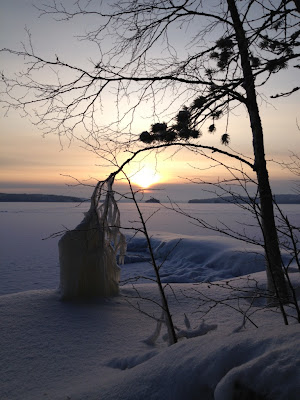 how the squirrels at the cottage are able to haul themselves up this high on trees is beyond me. their midsections are getting huge with all the bird food they eat. 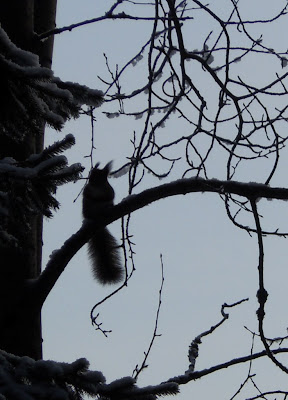 the dog has taken to sleeping on his chair, he rarely does that in the summer. 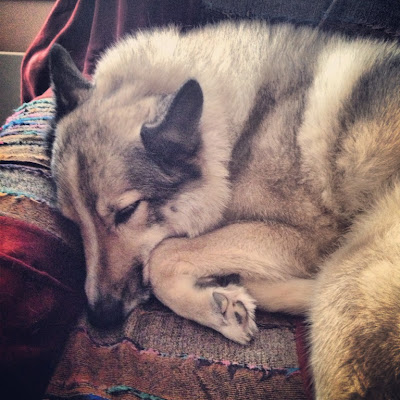 i'm not sure which one of these guys is more codependent... 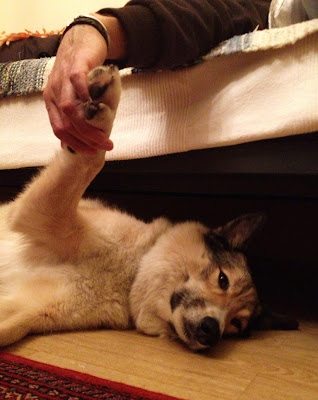 some chocolate? i personally can't have another bite... 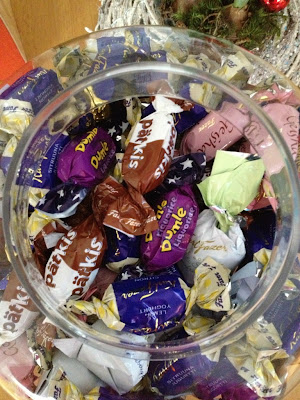 this was supposed to be the xmas card picture but...well, i noticed that the cards wouldn't arrive in time, not even for new year's, so there.

most of my moving boxes are where they are meant to be (at the new apt, at the shack, the cottage and mom and dad's garage...) and most of the things at the new apt have found their place. i'm still waiting for my murphy bed as there were unexpected difficulties in getting one (only one manufacturer in whole of finland, can you believe!) my books will need a home, i have a bookshelf designed, i only need to find someone to make it, or a workshop to do it myself (which, obviously, would the coolest option). 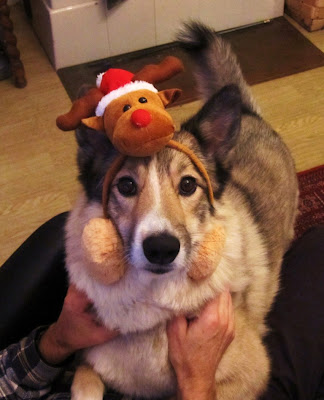 A THANK YOU FOR ALL MY VISITORS FOR 2012 AND