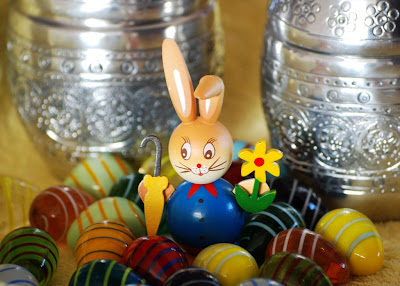 the spring that is, didn't come. it would have been too good...instead we got more snow, plenty of it. we drove up to the cottage on monday and were lucky to manage the last bit on the small road. my dad had ploughed that road on sunday, but snow kept falling and falling. there was a good 20cm of fluffy snow on the road, the front bumper hit the snow which flew up and hit the windscreen blocking everything in sight...we did arrive with no ditchy detours. 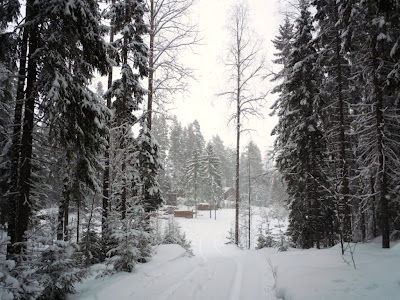 the snow made everything at the cottage extra pretty... 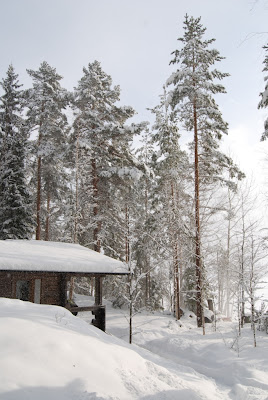 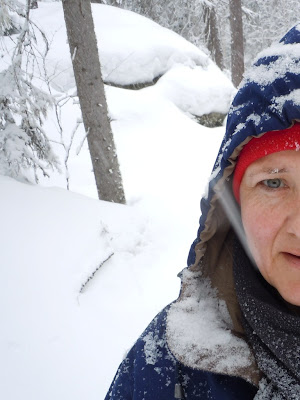 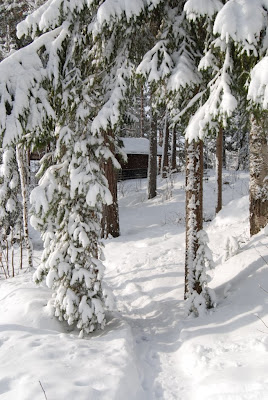 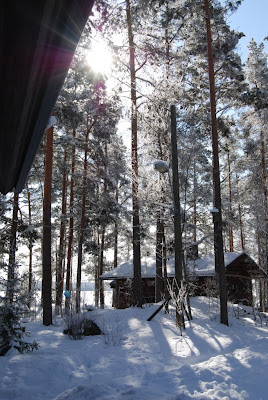 the clouds were dramatic and moved very fast with the wind. 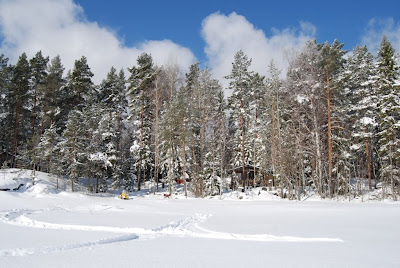 ice on the lake is still pretty thick, but the sun makes it very brittle very fast, wouldn't take a walk on the ice after a week of sunny weather, my worst nightmare is to fall under ice and not find the hole and get air! 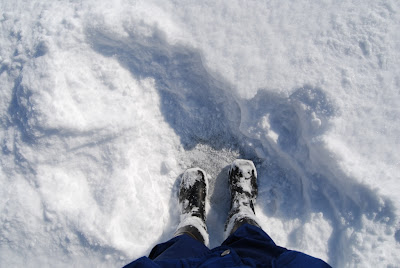 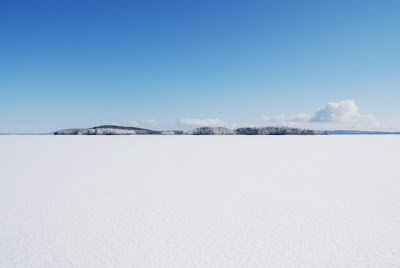 this was the last time before october that we could let the dog run free as soon there'll be the birds and others nesting. 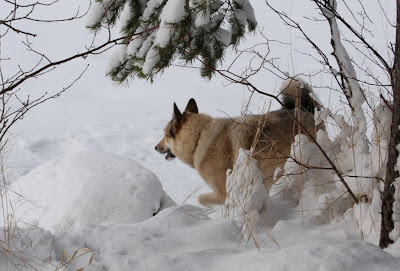 we have made a little lean-to just by the lake... 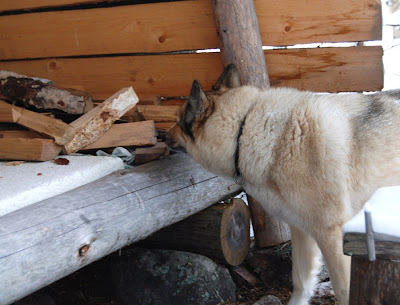 ...there is a place for campfire. 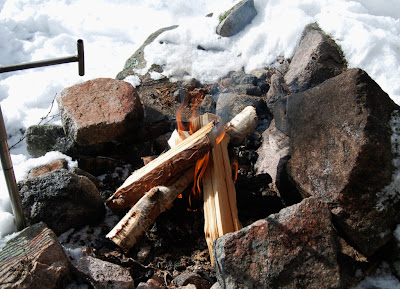 my dad and certain someone sat by the fire, the dog decided he needed to have a lay-down in between 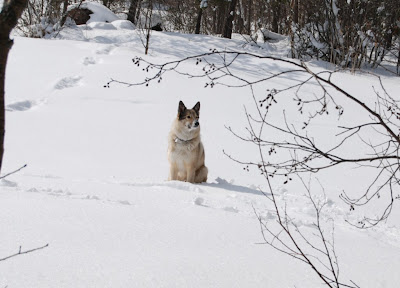 ...but resting in the cool snow feels good after running around..err...for hours. 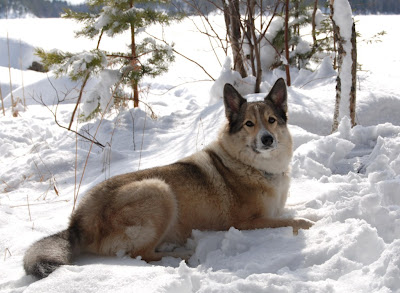 this morning, just as we were packing the car to get ready to drive home, the dog started a barking fit, big time. well, he does that all the time, usually for squirrels. we were looking up the trees to see where the bugger was...soon saw this pheasant, which surely had no idea how bad an idea it was to come roaming around the cottage. fortunately we had the dog on a leash, the silly bird was mere 10 meters from the barking dog, eating juniper berries like there's no worries in the world. 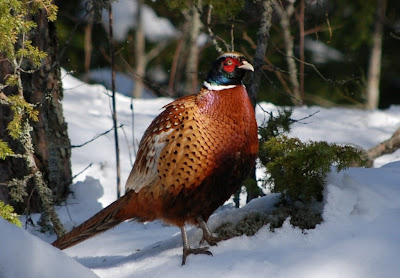 i had already packed my camera, had to make a dash to the car to unpack it and get some pics before we had to leave. will be interesting to see if the pheasant makes a habit of visiting the cottage regularly, i'm sure the fallen sunflower seeds from the bird feeder will be a nice addition to juniper berries. we were a bit excited about the bird as they haven't been that common in our part of country. 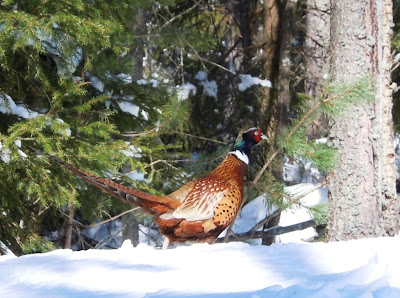 as i was leaving work on sunday i spotted some witches...i didn't have any candy or cash on me so i sneaked the picture. 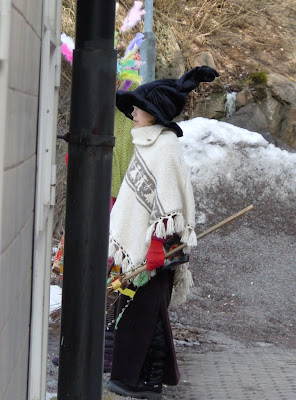 the witches were "conducting a finnish easter tradition not unlike the one in halloween; on the palm sunday a group of children disguised as witches go from door to door and give ornamented willow twigs for candy and other goodies". (quotation from www.suomisanakirja.fi). there has been reports that superman has joined the witches... 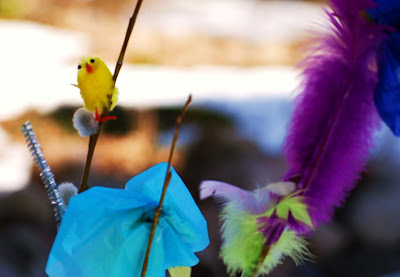