march issue of bon appetit features "one-dish dinners, updates classics" with a picture of an eggplant dish on the cover. decided to try the dish, which has a freakishly long name eggplant parmesan rolls with swiss chard and fesh mint (phew).

anyways, printed out the recipe and took it with me to grocery store in a desperate effort to do at least once like the recipe says. as luck would have it, they didn't have even fresh mint in there, and i'm sure that they've never heard of swiss chard... as a matter of fact, i don't think i've ever seen it in finland! so much for following that recipe...

got fresh spinach instead of swiss chard, fresh basil and parsley instead of mint. low and behold, there was ricotta cheese! in addition to that i got some cottage cheese as well (i had never cooked with ricotta so wasn't sure how it would work). the eggplants then... it was almost as if some higher power had decided against me making this dish... the eggplants were so tiny that there was no way to slice them lenghtwise and roll something in them... 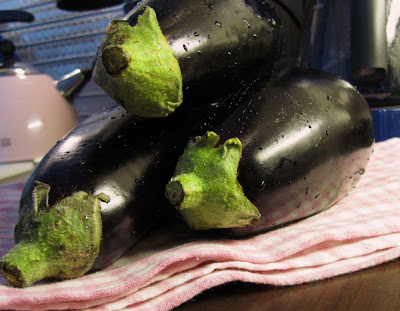 ...so i had to slice them the other way. i don't usually bother with sweating the eggplant, this time i did. took out my colander, spread out a layer of eggplant slices, sprinkled generously with salt, another layer of eggplant, then salt... let them do their thing for an hour 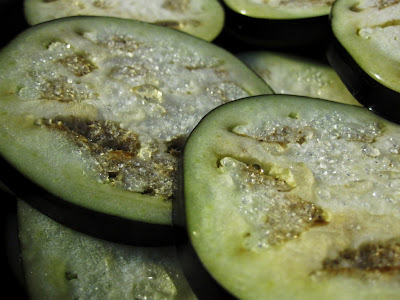 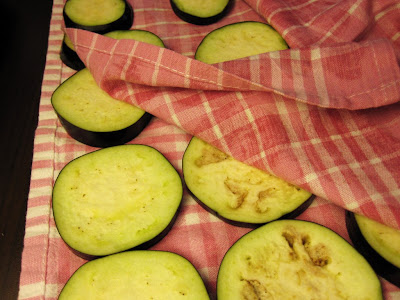 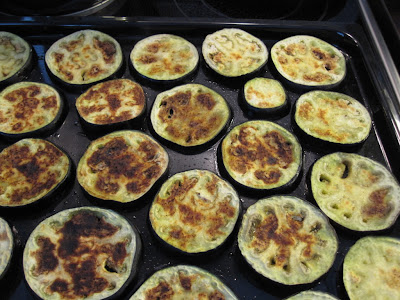 got a nice pile of eggplant 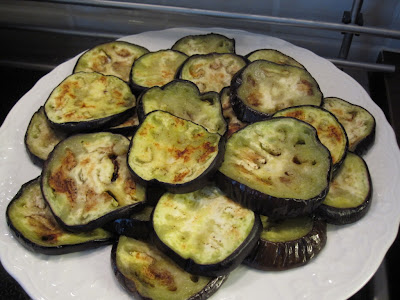 then took out the basil and parsley, tore the leaves off the stalks and minced quite roughly 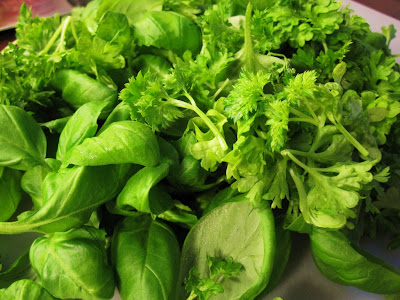 gave the spinach a bath 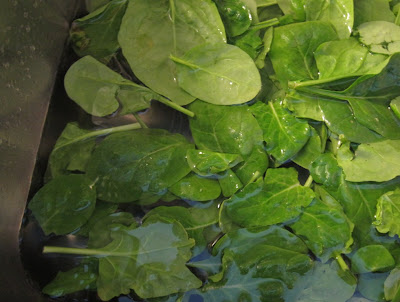 this blob is the spinach after a quick dip in boiling water, after vigorous squeezing. it was minced a little more finely than the herbs 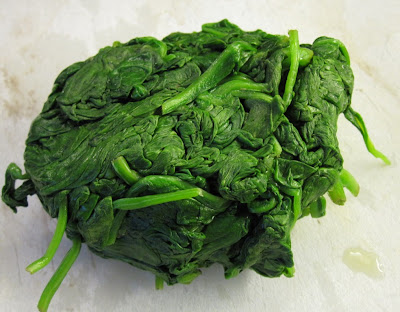 made the filling in 2 batches, ricotta and cottage cheese. both got the same ingredients in them, basil, parsley, spinach, one egg, grated parmesan and ground balck pepper, that's ricotta under there, somewhere 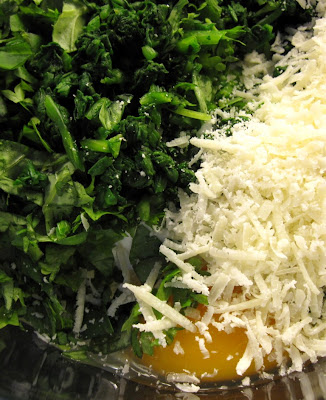 poured half a can of crushed tomatoes on an oiled oven dish, placed one layer of eggplant slices on it, then some filling, eggplant, filling and eggplant. i would have used a slightly smaller dish, but this was all i had at the apartment. on the right in the picture you can see the cottage cheese filling, a lot lumpier than the ricotta on the left 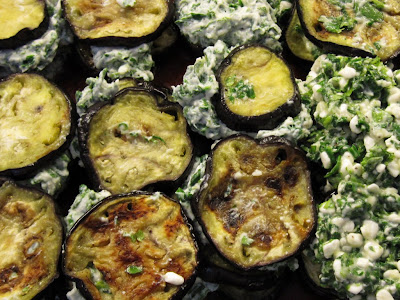 then poured rest of the tomatoes on top 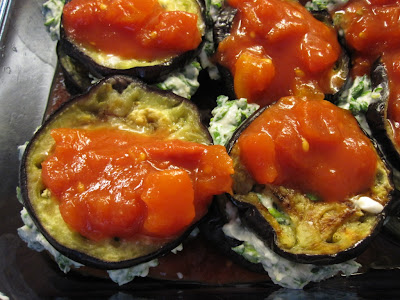 lastly, placed the sliced mozzarella on top, covered with foil and baked in 160C oven for 30 mins before taking the foil off and baking for another 20 mins, until mozzarella started to brown and bubble 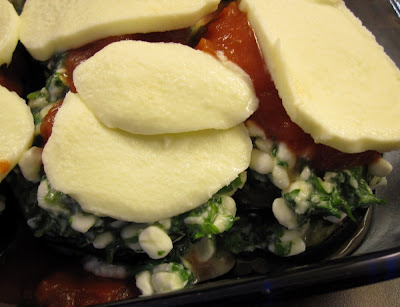 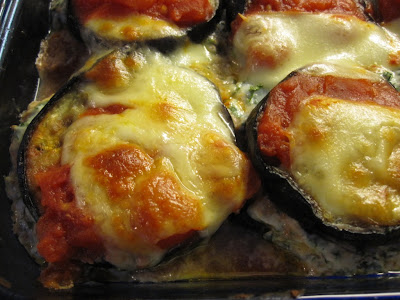 after first bite i realized how much better it would have been if i had put some calamata olives in as well... this will definitely deserve another try, with the correct ingredients, even if i have to grown my own swiss chard... 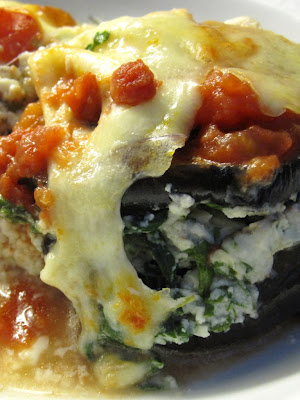 Email ThisBlogThis!Share to TwitterShare to FacebookShare to Pinterest
Tunnisteet: vegetarian

yesterday was a very short (and last for a very long time) day at the office. have some days of leave before the operation next week. as i know that my chopping and flipping will come to a halt for approx 8 to 10 weeks, i had to make another soup that required some chopping. oh boy, did i enjoy and need it! (chopping is my zen...) 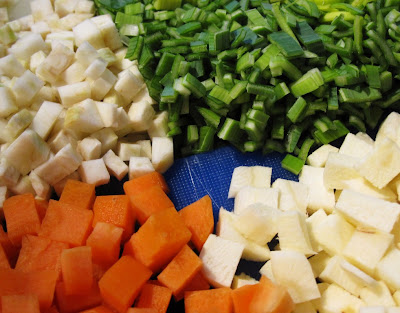 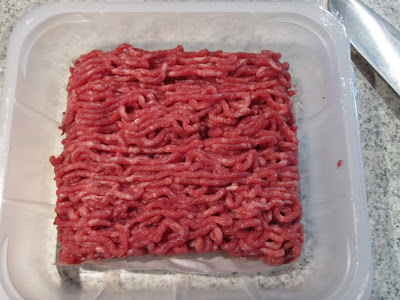 browned the beef on it's own on a very hot non-stick pot, mine is from hackman. once the mince was getting dark brown, added the leeks to wilt them, stirred for a minute before adding parsnip, carrots, celeriac and boiling water to barely cover mince and veggies, brought to a good boil before turning the heat to medium... 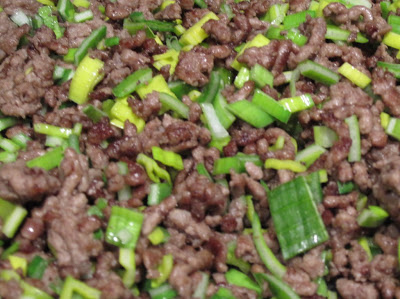 took out dried lovage and dried chillies, ½ tsp of lovage and the 7 chillies. crushed the chillies before adding to pot... 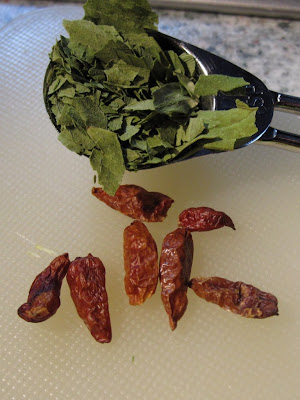 ...a bunch of frozen parsley stalks... 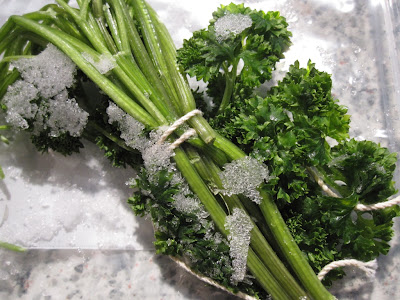 ...dropped them in and let the mixture cook with the lid on for 15 mins before... 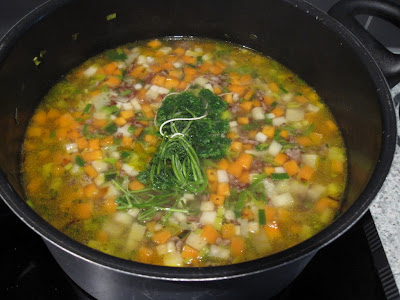 ...adding the potatoes and some water to submerge everything. cooked for another 20 mins because i wanted to potatoes to break a little 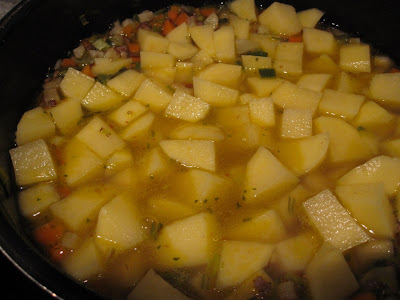 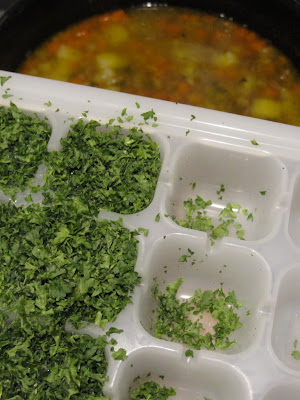 no salt, no stock or buillion was needed. the chilli was quite potent when i first tasted the soup yesterday. reheated some for lunch today, the chilli had mellowed down to a nice heat 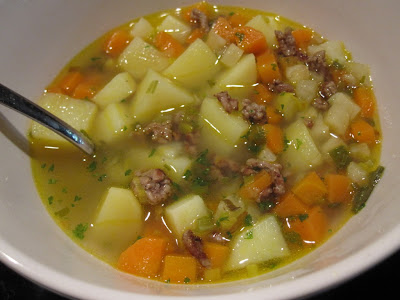 as with any soup, rye bread with cheese 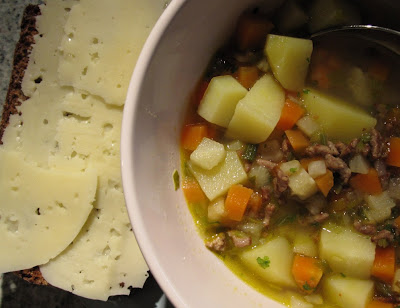 the next picture falls more to the "curiosities" department. the winter has been so cold this year that the dog's paws have become very hairy. he's been with us for 4 years and this hasn't happened before 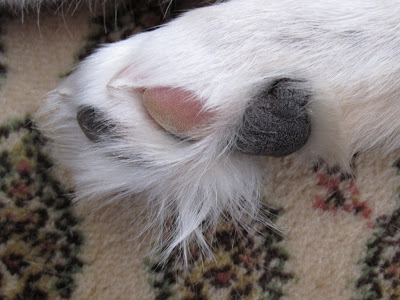 the dog is still blissfully unaware that his paws will be barbered once the weather starts warming up a bit. don't even want to think about the amount of dirt those paws would drag indoors once the snow on the yard starts melting... 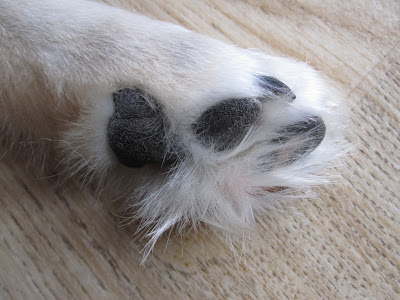 ...which, it seems, won't be any time soon because the plough-guy still has to come almost every day 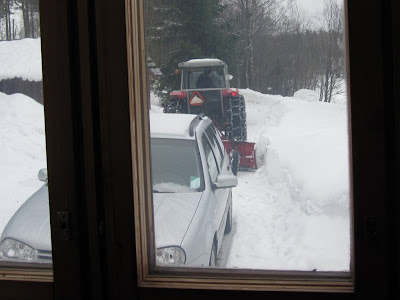