some time ago i was venturing the part of town that has most of the asian markets, the hakaniemi markethall is also there. i went there with the intention to get chicken for my indian cooking but ended up getting something else as well, namely these pork chops and short ribs (will post those later). my intention, one day, is to live close to the market hall to be able to shop there for all food items. well, one can dream, right? 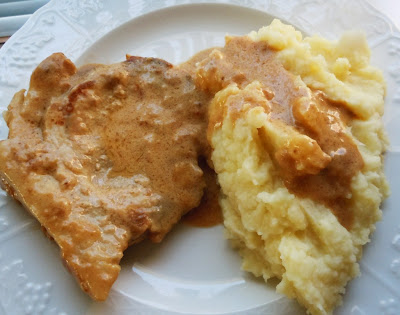 when i was a kid we used to go to my grandparents for sunday lunch, every sunday, or at least that's how i remember it. i've been told that my favourite was " bone meat" something that grown-ups called pork chops. grandma used pressure cooker a lot, but i don't think she used it for pork chops, but there is no way of knowing as lunch was ready when we got to their house and i was about 4 years old.

the "secret" ingredient that grandma used was mustard (may have been dijon, may have not) and had i known that at the tender age of 4, i would have probably flat out refused to eat those pork chops. though, those who have seen pictures of me at the age of 4 might find it hard to believe that i ever refused to eat anything...

well, the recipe is very simple, pork chops (one per person or more if you feel like it), dijon mustard, salt, all purpose flour, meat stock and cream. the chops were organic and when compared with the ones you get from the super-market very fat, like in the olden days. 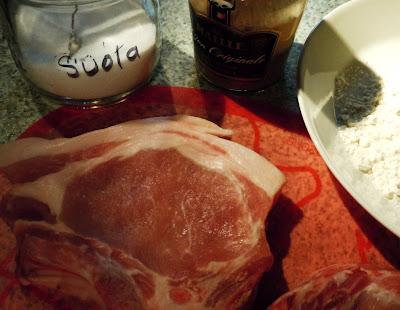 start by spreading 1 tsp of mustard on each side of the chop. if you're in no hurry, there is no reason why you couldn't spread the mustard in the evening and let the chops marinate in the mustard overnight. i wasn't in a hurry but figured this out only later on... 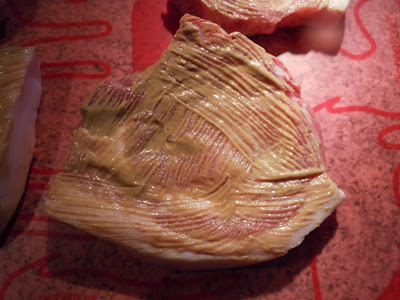 i found it easiest to smear one side then place the chop smeared side down on the flour (with just a hint of salt mixed into it), then smear the other side and flour that side as well. less mess this way. 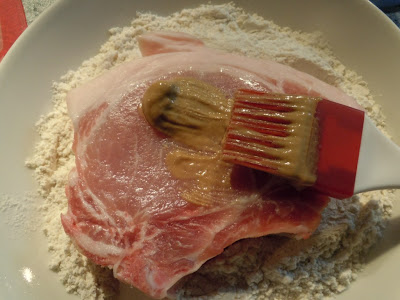 the browning part...i know for a fact that grandma never used anything market "light" in her life (and got to live until 93) and her method would have been butter and cast iron pan. the cast iron pan that i inherited from her leaves nasty marks on the ceramic stove at the shack, so that was out. i used one of those ceratec plated sautépans that is large enough for four chops.

as the chops had so much fat on them, i used just a tiny bit of rapeseed oil to get the browning going, 4 mins per side on medium high, then add 2 dl of good veal stock (or 2 dl of water and fond like i did), bring to a boil and turn heat to low, simmer for 20 mins per side. to finish, pour in 1 dl (or more if you're serving this with something that absolutely needs to have a lot of gravy on it...) and bring everything to a boil. the flour on the chops thickens the sauce, as does the long simmering. 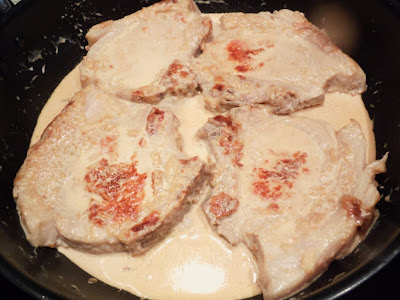 i made potato-parsnip mash to go with the chops, the ultimate comfort food combination, i think. oh, you also need to have some nice bread to scoop all the gravy from the pan, probably the best part of the whole dish... 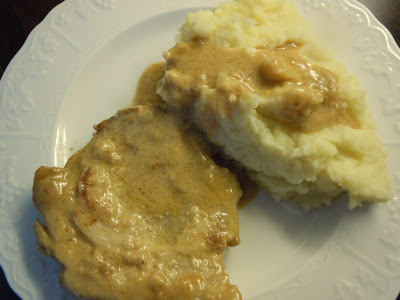 Lähettänyt liisamarja klo 10:55 AM No comments:

spring weather is weird, one day it's a snow storm, next day it's sunny, the temp anything between +5C and -20C (during the night). in a sunny looking weather you never know by looking out the window if it's going to be warm or very chilly outside.

i drove to work in this storm, along the very slow 11km trip there were 2 cars wrapped around street signs... 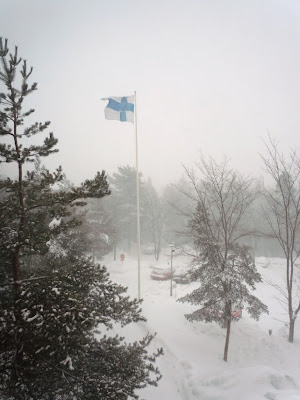 this fine day was hell to walk the dog as the road was super icy. i did have the attachable studs on my shoes to very little help, though. 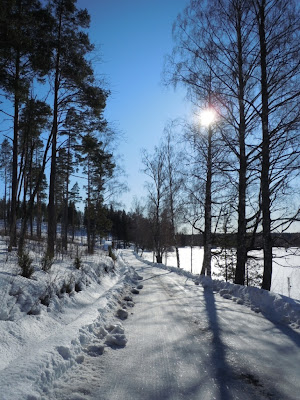 the dog enjoys the sunny days. 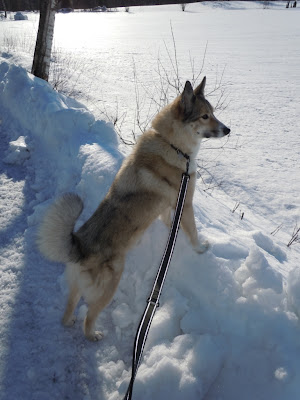 he loves to stop and have lookouts for rabbits or deer on the fields. 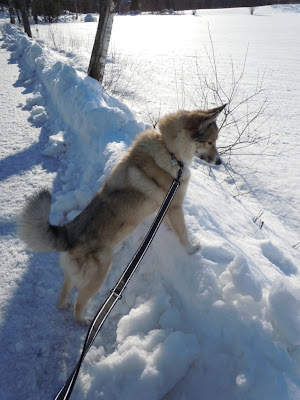 but gets very impatient when i call the stops for taking pics... 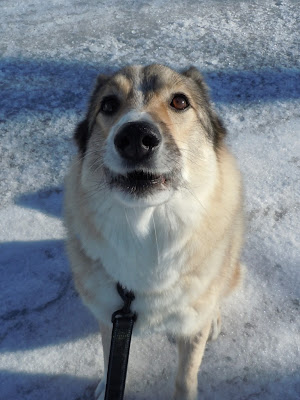 ...but then remembers i'm his key to food that waits after we get home. 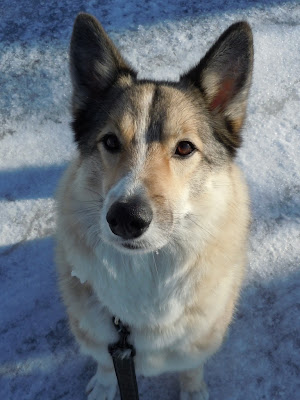 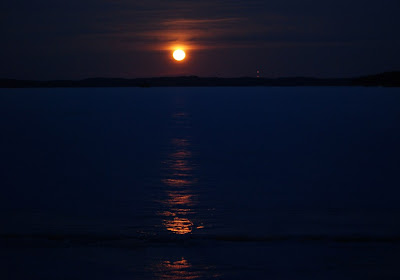 it rose quite fast, i struggled to get my camera ready to get these... 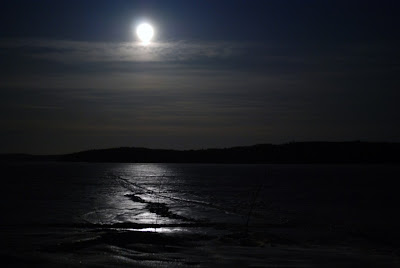 ...it wasn't that cold but the wind was biting my fingers badly. 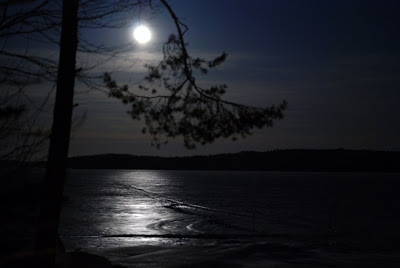 Lähettänyt liisamarja klo 11:23 AM No comments: