first of all, as a rule, i do not drink. been there, done that and the hangovers are a slow kill. now that we've cleared that, today i drank some, and prepared mexican food, with certain someone as sous chef, which in itself is a minor miracle. do not remember the last time he was in the kitchen preparing food, and i'm sure until today he had no idea how to use HIS stove... i could be wrong

it was his idea to have "midsummer" tonight. i'll be working on the actual date and he'll be preparing for his travel to long ways east. it was supposed to be a rainy day, it shined some, but it sure wasn't even warm. we had a drink on the deck but then it just got too chilly and we went inside

i, oops, we made guacamole, the recipe is from martha's cookbook vol II and originated at rosa mexicano. my usual guacamole is a lot simpler, but this is very tasty. cilatro/coriander, chopped jalopeno, lime, chopped onions and tomatoes, avocados and salt 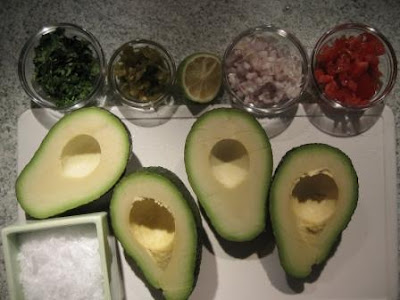 this has never been seen, certain someone with a kitchen gadget!!! 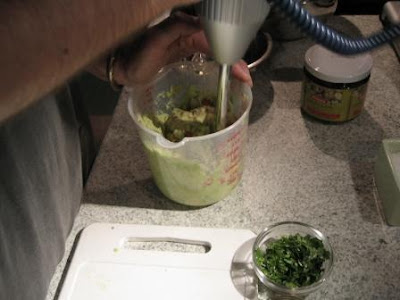 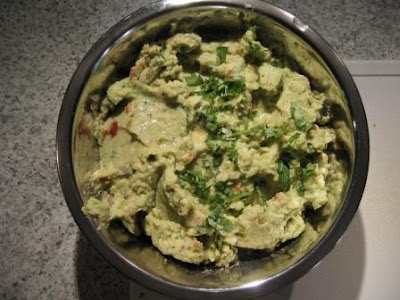 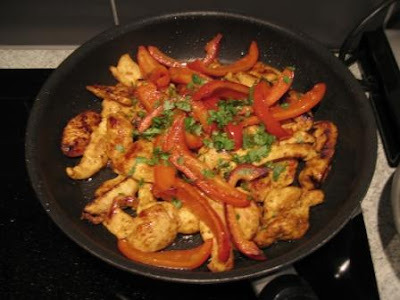 don't know what was going on, but he warmed up the tortillas as well 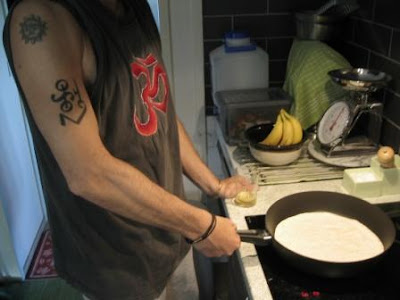 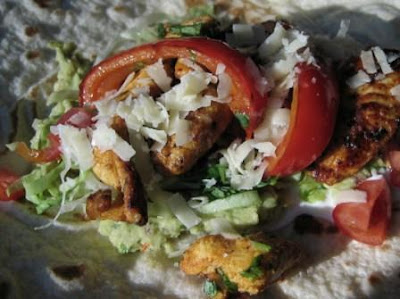 all of the above in 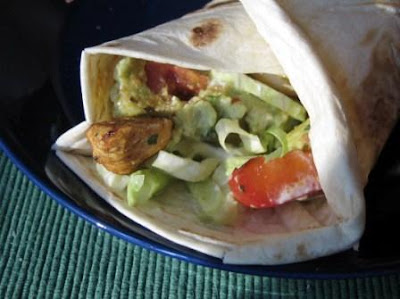 the new beer brooklyn brewery local 1. i am so going to visit the brewery next time in NYC 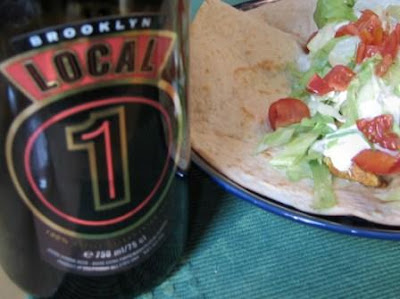 now this is my own drink, at least i haven't seen it anywhere else. take some limoncello (which has been running out in alko), bacardi (or any white rum) and sparkling water (i had vichy novelle citronelle and ice. i used 30cl limocello, 30 cl bacardi, some ice and filled a tall glass with novelle. dangerous, would be even more so on a hot day, just a warning if want to try 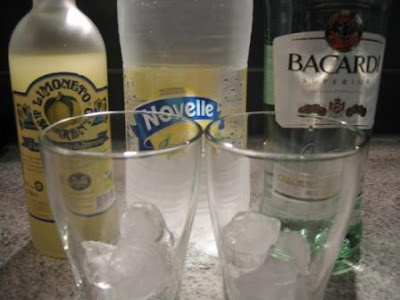 this here is garlic that i got from kesäkehrääjä. i planted it amongs the lovage, chives, lavender and sage. will let you know if it produces anything 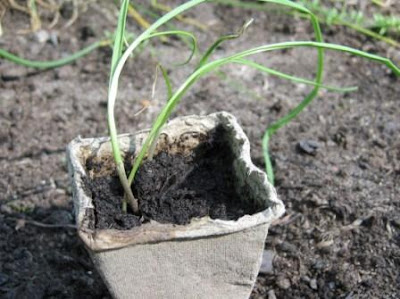 this here is dried lovage, first crop of the season. this isn't anything you might want to light up and inhale. yes, i admit it looks like it, but i assure it isn't 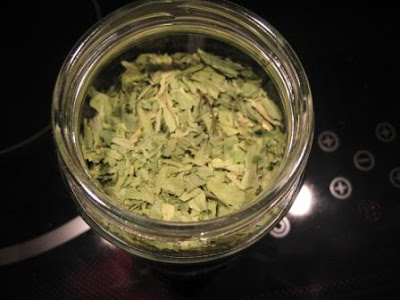 it has been cold and weary for the past few weeks. despite of that, the spinach shot up some greens that i cut out yesterday and made into pancakes. i'm sure by now you all know how to make them. will let you know if what i had to drink tonight was too much. that is if i'm alive to tell!

ps. it is the morning after and unfortunately it feels like it. and just as i thought, blogging while "tipsy" isn't a good idea, you make way too many spelling mistakes...
Lähettänyt liisamarja klo 10:24 PM No comments: