this is one of the few cakes that my dad has actually said "you can make this again". well, he likes brownie / mudcake type cake i make. according to him most my baking has "spoiled milk" in them, spoiled milk would be cream cheece, butter milk, sour cream, etc. a taste he could never single out in a cake but he just plain won't eat. this one is cranberry vanilla coffeecake. i always double the amount of topping (if not triple...) 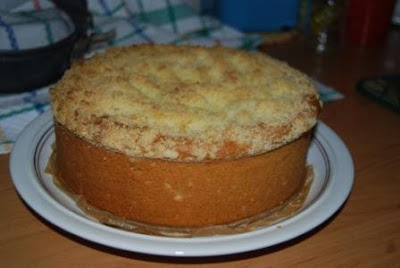 spent a week as a nanny at my brother's house, minding the nieces and nephew. did these earrings for the elder niece 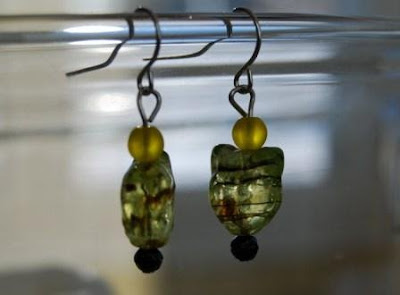 and this necklace for the younger to enhance her pocahontas outfit. we all know what the theme of her next birthday is going to be... 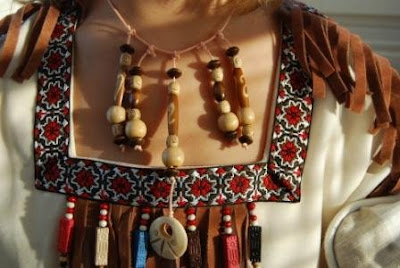 the kids love spinach pancakes, so do i. they are easy to make: thaw 150gr frozen spinach, mix 2 eggs with 5dl milk, add 2½dl flour, pinch of white pepper and salt to taste, 2 tbs sugar and 2tbs melted butter or vegetable oil. i always add some grated nutmeg as well. let the batter stand for 20 mins and add the thawed spinach. you get best results on medium heat on a cast iron pan like in the picture, teflon pans work as well. i serve mine with lingonberries, always. the kids seem to like sweeter jams and preserves... 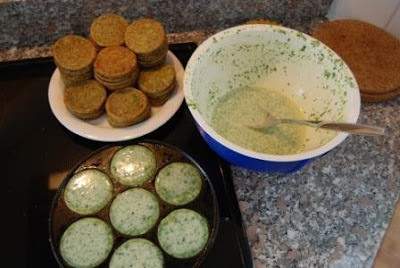 my mom's all time favourite is cheesecake, most often i make raspberry swirl cheesecake . occasionally raspberries become black or red currants, or both.


had never made the miniature version before, so decided to try it this time. usually i bake cheesecake in waterbath, this version seems to turn out ok also without, just lower the temp a bit. used the convection setting of the oven since i wanted to bake all 24 at the same time 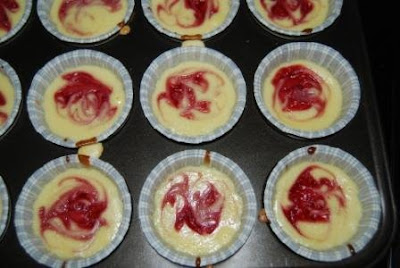 they came out looking good, although they later became little soggy in the crust. probably need to adjust the amount of raspberry puree in the next batch 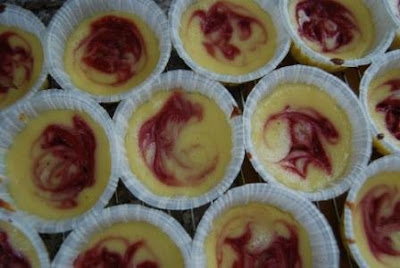 this one was great, deer in lorchel / turban fungus and cream sauce with carrots. simplicity in preparing this dish is best, the cut of meat was tender to begin with, so i just browned the meat with finely chopped onion, added some flour, salt and pepper, the carrots and cream, let all this simmer for about an hour. did have some lingonberries with this one as well 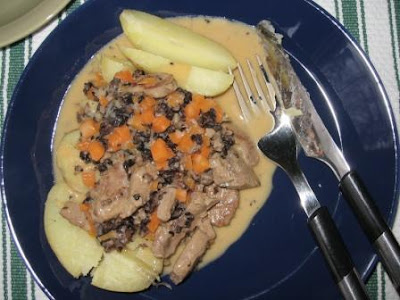 who said you can't have apple pie in the winter!?! basic patee brisee and green apples with cinnamon and honey inside... 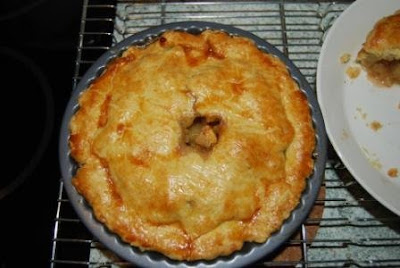 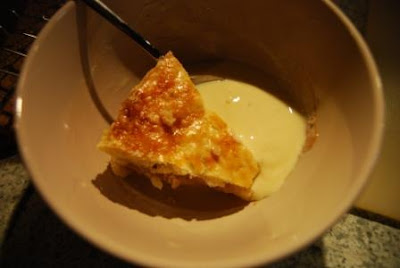 this one is not for veggies. certain someone hunts, and it happened that the dog got a sniff of this little creature and the hunter was ready... 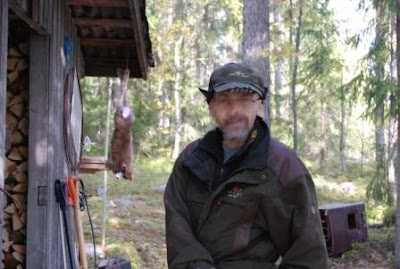 certain someone did do all the nasty stuff of butchering, taking the skin off and all that, my part was to cut and clean the meat. as the creature wasn't all that big, i was surprised about the amount of meat 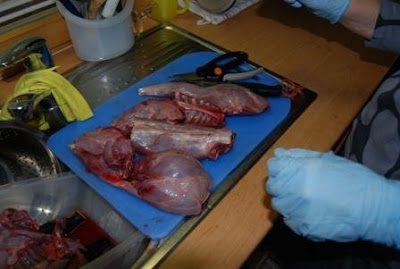 the meat was in the freezer for approx 3 months, after thawing, i put it in red wine (spanish crianza, forgot the name) overnight with carrots and onions 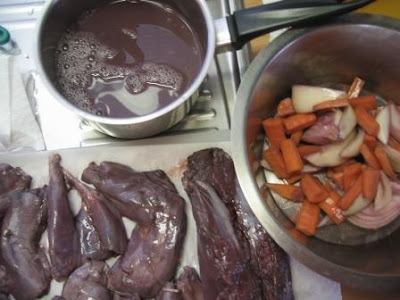 the meat was dried and browned in cast iron dutch oven, carrots and onions were added along with a few whole black peppers and the wine 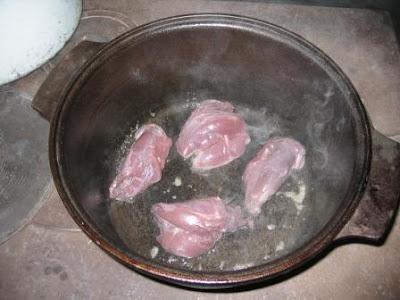 after approx 3 hrs in the oven, i fished out the solids, discarded carrots and onions, strained the liquid and put it back to dutch oven with the meat. added some cream with flour to thicken the sauce a bit, some salt was needed as well 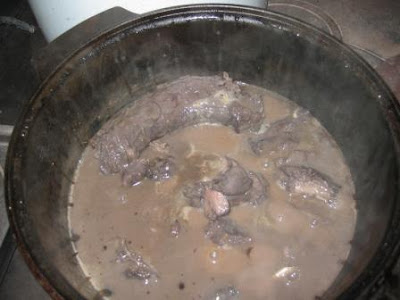 mom made the mashed potatoes 'cause somehow hers taste better than mine, not sure if it's the amount of butter and/or salt she uses... lingonberries made the meal perfect. we did have wine with this, the same spanish crianza that was used in the marinade 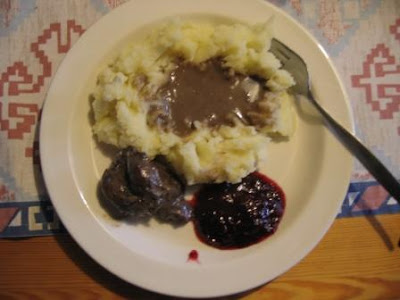 prior to this i had had rabbit only once before and i was very prejudiced about how it would taste, or whether i would actually eat this at all. like a good girl i tasted some and actually liked it. this dish did not skyrocket to the top 10 i've ever done but was definitely one of the good ones
Lähettänyt liisamarja klo 4:10 PM No comments: