afternoon at the amusement park

welcome to linnanmäki! my brother and his family came to helsinki for the afternoon yesterday for a summer staple, the amusement park. i joined them for a few hours. 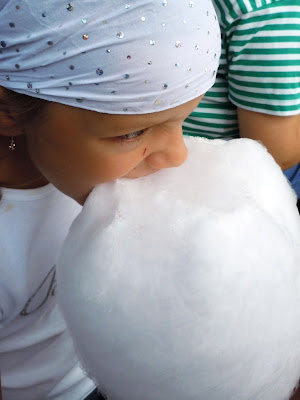 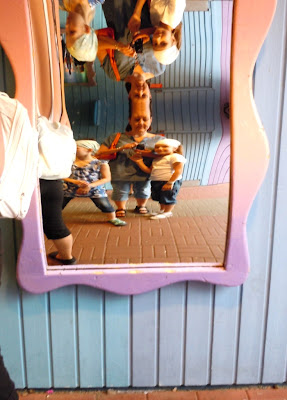 the wooden rollercoaster had its 60th anniversary yesterday. i have never in the 40plus yrs of going to linnanmäki been brave enough to ride it.

some say that the squeaking and creaking of the wooden frame adds the thrill, but i'd get "sea-sick" in no time. 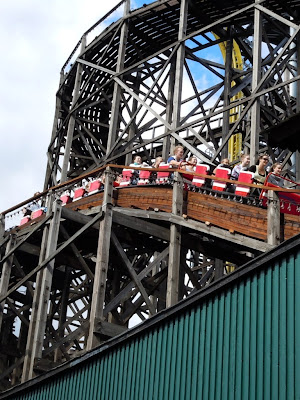 more of a my kind of smooth ride. 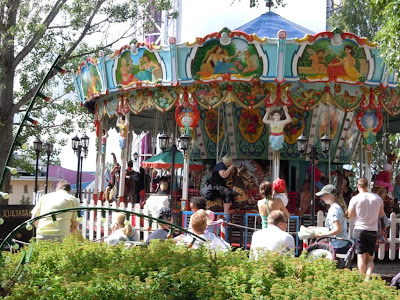 another ride you won't get me on...kieputin / spinner. once on board, towards the end the machine stops like this for a few seconds, your face towards the ground. enough said. 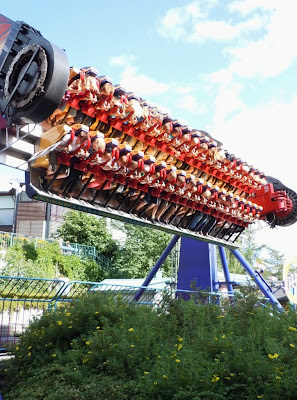 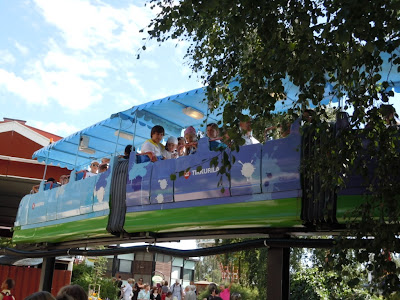 a helsinki landmark, rinkeli ferris wheel. as a kid this (well, the former one) was one of the few rides that i would go on. now i'm too scared of heights. 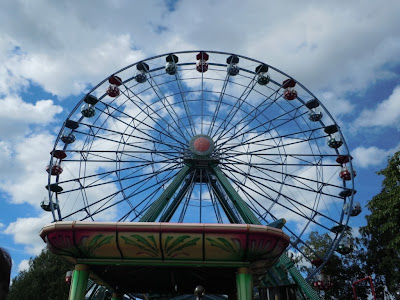 kieppi, another ride that will surely shake and swirl your guts. my nephew rode it twice! 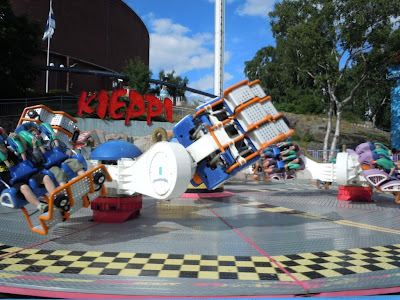 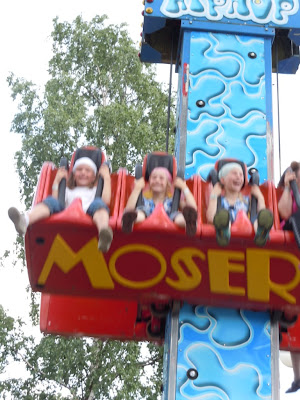 the amusement park is run by children's day foundation, which donates the proceeds to finnish child welfare work.

in addition to the 40plus rides, the grouds are beautifully gardened. i tried to find info on the garden, but so far found none. i did email the foundation asking for it... 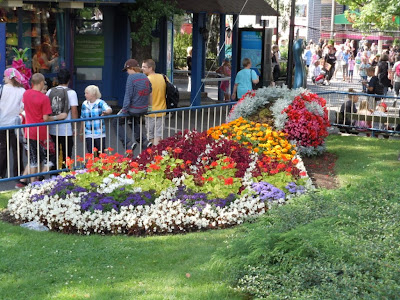 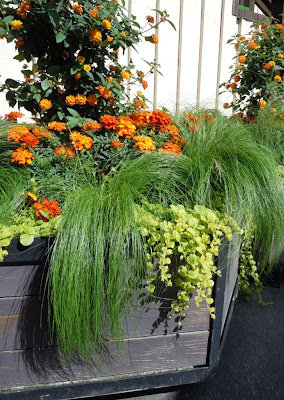 and the hanging pinkish-purple whatever it is... 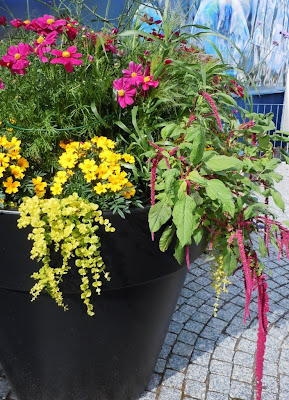 cool idea for a fountain. 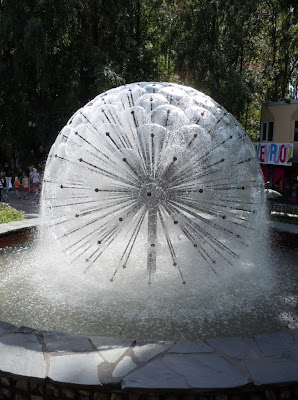 on the way to the amusement park i walked under a bridge on tivolitie. the tunnel has had a minor face-lift as this artist has been doing paintings on both sides on the tunnel. she told me there will be a story about her and the paintings in the local paper next week (will link it here later, link from the newspaper's web version). 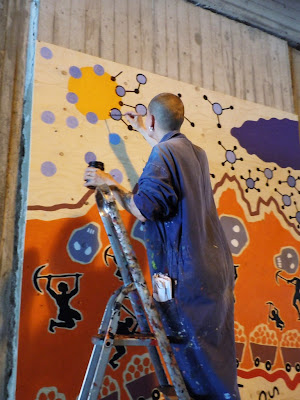 whilst i admired her work, she expressed concerns that proper lightning would not only do her work more justice, she pointed out that the tunnel was a very dark place most of the year and that for pedestrian safety the tunnel should have lights all year long.

the tunnel is a natural pedestrian route from alppila to the center of town, therefore there is plenty of pedestrian traffic also in the winter. unfortunately, many a good women have had bad things happen to them in that tunnel...

city officials, get some lights there, please! 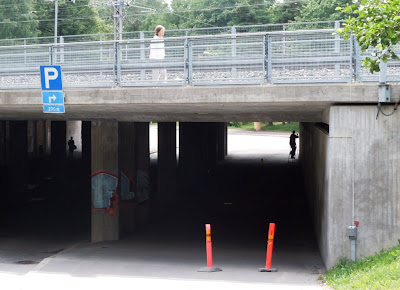