there was the storm couple of weeks ago, one huge birch was broken and time hasn't been good to some of huge old ones, several birches were getting old and dangerous. lumber jack came today and cut down 6 birches, four of which were rotten inside... so much nicer to have someone who knows their business cutting down the trees, than them falling on their own in a storm (on the house, my car..)

hey, be cafefull, make sure it won't hit my car! 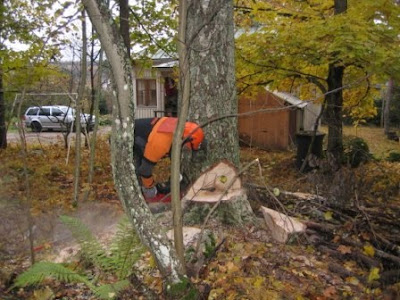 this was the second biggest, my "tiny" hand in comparison 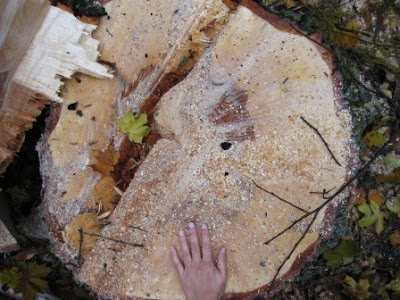 trunk of the birch covered with moss (and saw dust) 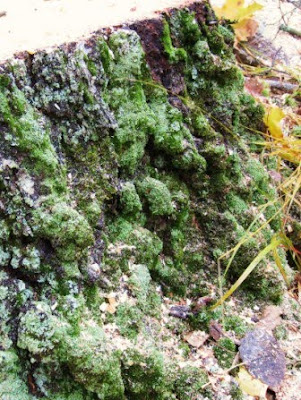 stub of the one storm broke off 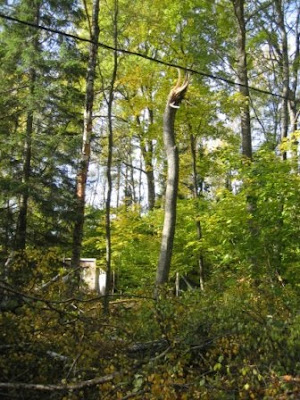 even bigger, that's my graceful size 41 wellington to compare with 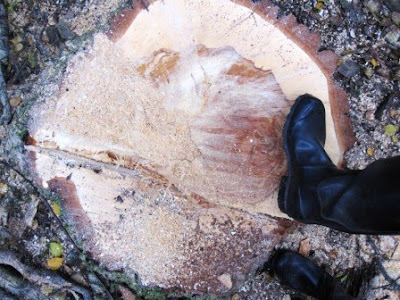 it took just 45 mins for the guy to cut all six, including prep time, great to watch 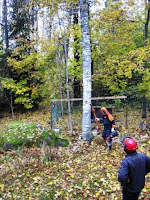 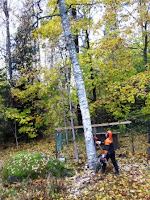 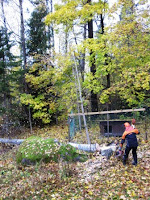 
certain some won't be having problems figuring out what do in his spare time... (what? me too??) 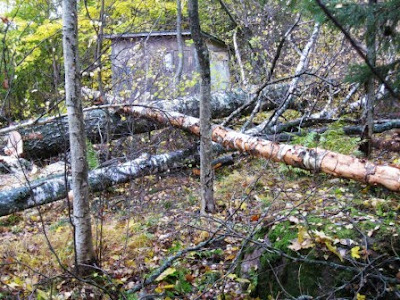 had a caving for pizza the other day and today seemed like a good day to make some (did have time before work, evening shift today). adapted pizza dough recipe from anna olson's cook at home. used fresh yeast instead of instant (25gr to 3dl of water) and whole wheat flour (6dl), 2 tbsp of olive oil and some salt. let the dough rise for approx 30mins


after rising, divided the dough roughly to 6 pieces in the oiled bowl. this isn't too pretty to look at but i wanted to show off my martha bowl scraper... 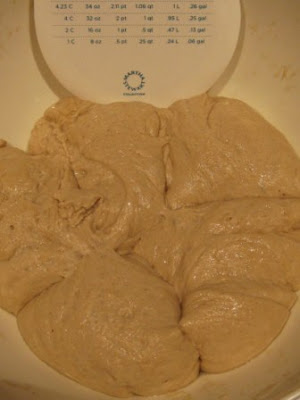 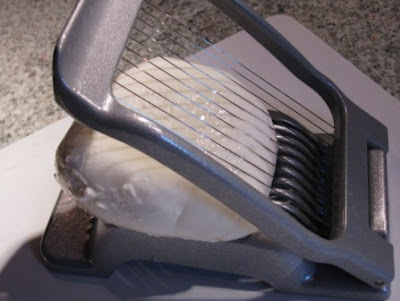 had some home made tomato sauce in the freezer (hope i won't be getting any hate-mail from italy!), fresh basil, mozzarella, cherry tomatoes, spianata and diavolo salami 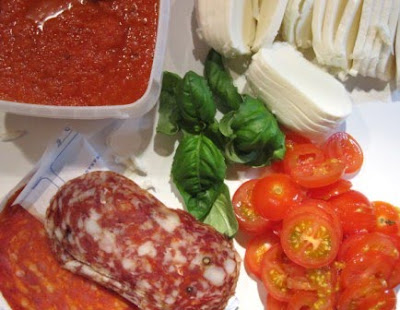 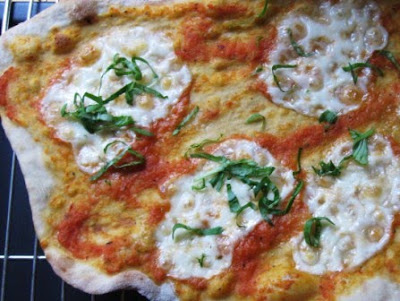 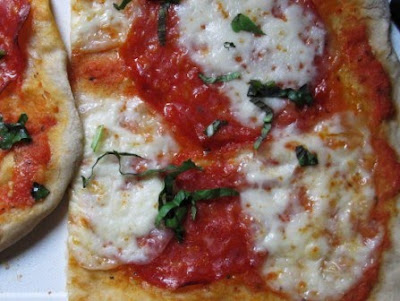 spianata, mozzarella, tomatoes. certain someone mentioned, quite casually, that this was the best pizza he's ever eaten... thank you very much (but he's never been to italy!) i was happy about how this turned out, however, a pizza stone would have made it even better and is something i will need to get, one of these days... 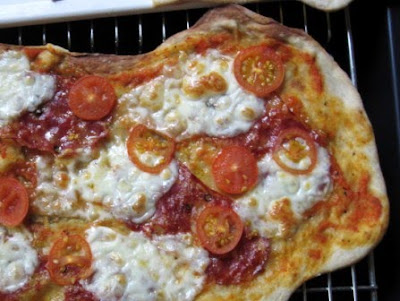