this is my miniature herb garden at the shack. in the background you can see what the roses used to look like, rather blocking the view to the rest of garden. tall plant on the left is lovage, i've harvested it 3 times already this summer. i dried the leaves, crumbled and store them in a jar. remind myself to take a picture! the lovage made it's first appearance on may 19th blog. i did take out third of it and replanted for certain someones mom. the chive has been there for ever, i took out half of it last summer, it seemed to like it and is now thriving. the small ones are parsley, not so sure if they'll ever get bigger... view to the shack from driveway. the roses are half gone in this one. i took a rest for a day and then certain someone surprised me and showed some interest in the garden, namely wanting to get rid of the rest of the roses 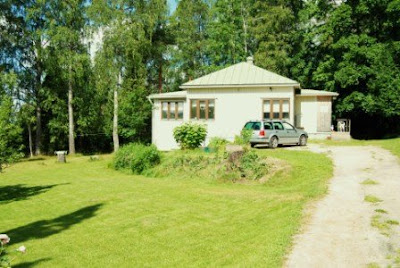 don't you think the view much better now!? 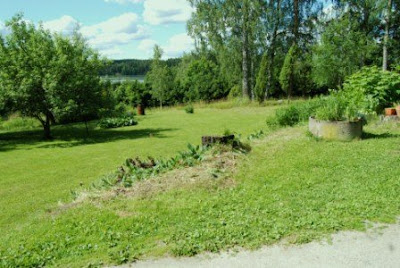 it took us 2 afternoons to clear all of them. first to cut the stems and chop them smaller in order not take so much space in compost. after this was done, i started pulling the stubs to get the roots up as well. it felt like they came all the way from china! now my back hurts. the bed still needs serious sorting out, it used have a beautiful rock wall that is now all grown over. i'm curious as to when this happens 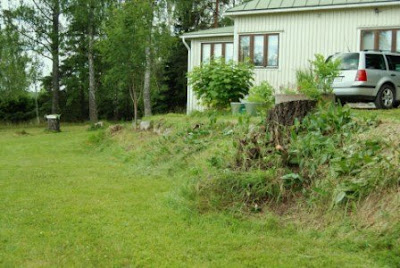 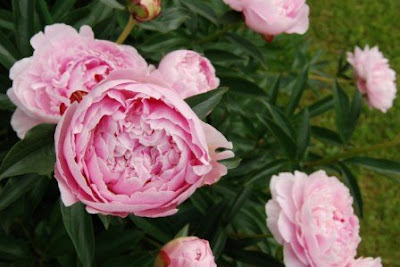 this might be the last one, just kidding! right now i'm at the cottage, but it would be nice if the peonies were still blooming next week 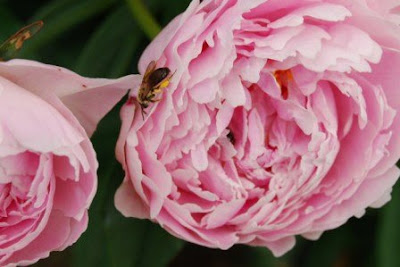 this flower bed also appeared on may 19th blog, thought it would be nice to show an update. the sunflowers aren't too big, wonder if they'll grow enought to bloom before autumn 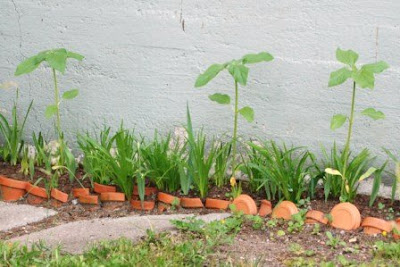 Email ThisBlogThis!Share to TwitterShare to FacebookShare to Pinterest
Tunnisteet: garden