i seem to get cravings a lot lately, this time it was for puff pastry anything. also, certain someone mentioned some time ago that his mom used to make these pastries that had minced meet and rice in them. at my apartment, the shop is literally across the street, so yesterday before driving to the shack i got a package of puff pastry and 400 gr minced beef (the lean, 10% fat kind) at that shop. i had no recipe for this, but i thought i had all covered...

at the shack i browned the beef, minced and sauteed one medium size onion and cooked some rice, 2 dl went in here along with some white pepper and chili powder 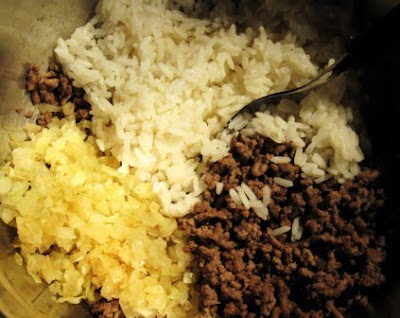 the pastry had thawed nicely by the time i was at the shack. i found it easier to brush eggwash all over the dough, instead of just the edges. got 10 of these 10 cm by 10 cm squares out of the one package 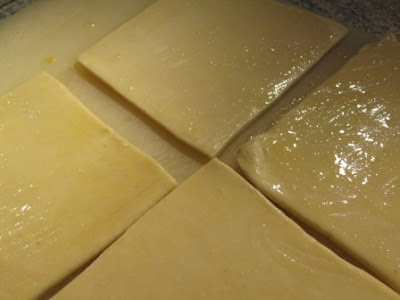 by the time i had stuffed all 10 of them, i found out that i had loads of stuffing left over... 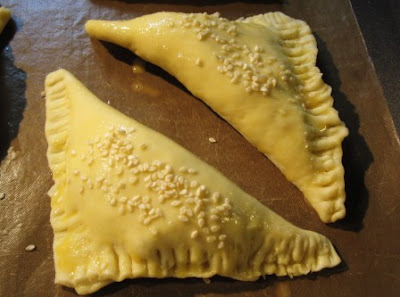 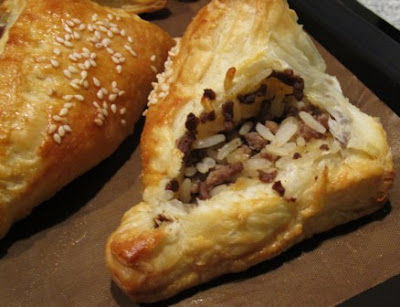 rest of them were rather pretty 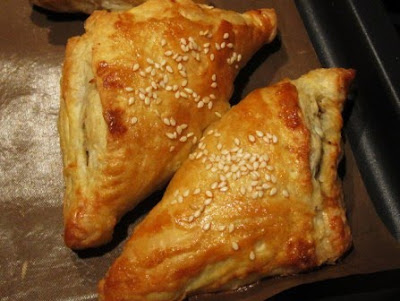 pastries got done yesterday, it was kinda late when i finished so i decided that i would deal with leftover stuffing today.

i had bought a small savoy cabbage for the weekend and somehow "forgot" that i had it. whilst trying to figure out how to use the stuffing, i remembered that i had seen savoy cabbage rolls on cooks and bakes. my savoy cabbage was quite small but i decided to try anyway.

don't you love how the leaves look? 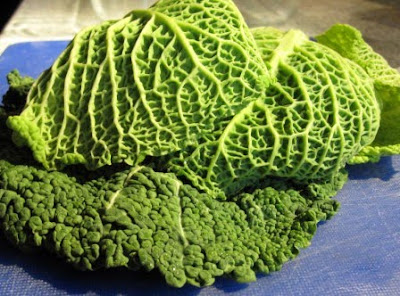 i figured 10 of the outer leaves would work for rolling, smaller leaves were chopped and added to stuffing 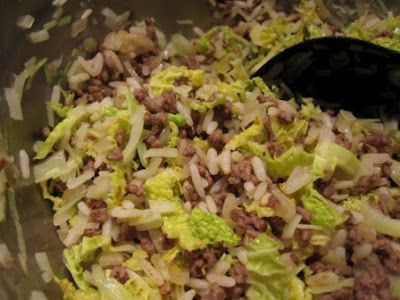 these got 2 dl of stock and 2 tbsp of dark syrup on them before going into 200 C oven for an hour. after 15 mins it looked like they were going to get too dark so i put some foil on top. all fine and dandy, but i still had some stuffing left! 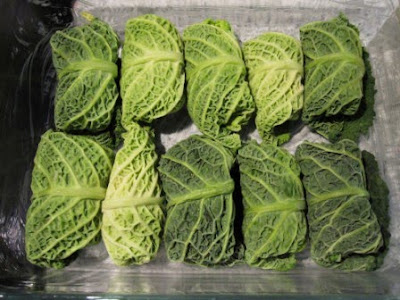 took out another (tiny) oven dish and put rest of the stuffing in it. poured in 3 dl of stock and put it in the oven next to my rolls and this goodness came out an hour later 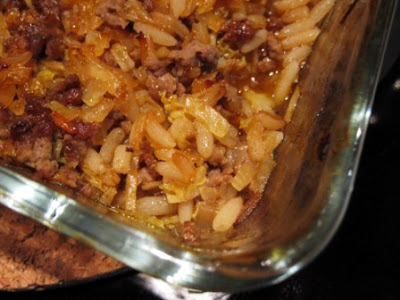 this was dinner tonight, both versions with lingonberries. i don't think i had tasted savoy before, quite nice, although not very much different from white cabbage. certain someone said he liked the savoy rolls better than the white cabbage ones. savoy certainly handles better than white, perhaps i need to make a proper effort with savoy one of these days and maybe do that with a recipe that tells me what and how much to use... 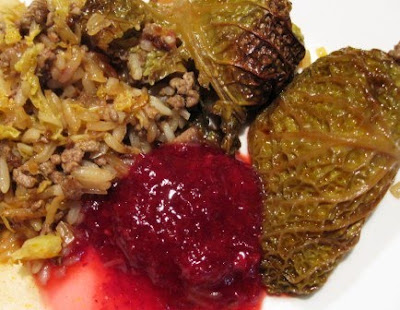 Email ThisBlogThis!Share to TwitterShare to FacebookShare to Pinterest
Tunnisteet: baking / other, oven dish